Pope Francis expresses his condolences on the death of Cardinal Ortega 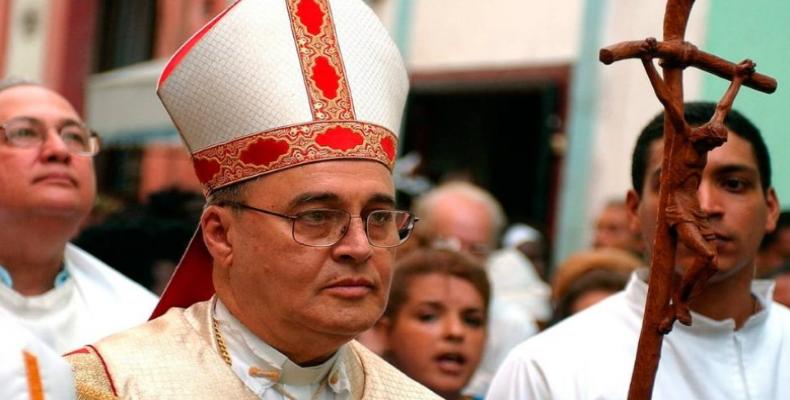 Vatican City, July 28 (RHC)-- Pope Francis expressed his condolences on the death on Friday of Cardinal Jaime Lucas Ortega Alamino, Archbishop Emeritus of Havana, as a result of a long battle against cancer.

Havana´s Church authorities made public a telegram in which the Supreme Pontiff expressed his most heartfelt condolences and his paternal closeness to the relatives of the deceased, as well as to the clergy and the faithful of the Archdiocese of the Cuban capital.

In the document, signed by Cardinal Secretary of State Pietro Parolin and addressed to the current Archbishop of San Cristóbal de La Habana, Monsignor Juan de la Caridad García Rodríguez, Pope Francis offered suffrages for the eternal rest of the deceased, who served the Church and his brothers in the different offices entrusted to him by Providence.

The Bishop of Rome also sent in the text his Apostolic blessing as a sign of Christian hope.

The contributions of Cardinal Jaime Ortega to the dialogue between the Cuban State and the Catholic were recognized by Miguel Díaz-Canel Bermúdez, President of the Councils of State and Ministers.   "Our condolences on the death of Cardinal Jaime Ortega. His contribution to the strengthening of relations between the Roman Catholic Church and the Cuban State is undeniable, he said on Twitter.

Several Cuban authorities and representatives of religious organizations and civil society on the island have also made public their condolences and messages of appreciation to the Cuban priest.

On Sunday afternoon, the exequial mass will be held at Havana´s Cathedral and Transport Authorities have announced the closing of several streets during his funeral procession.