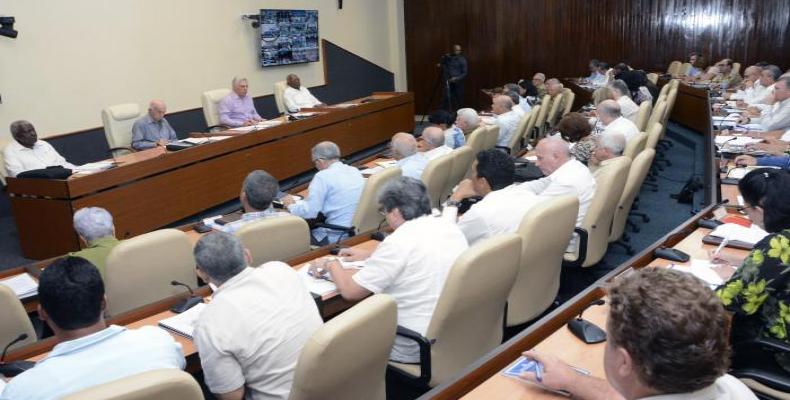 Havana, August 2 (RHC)-- The improvement of the system of territorial and urban planning and land management, the special plan for the development of the Varadero beach resort, and the results of the recently concluded sugarcane harvest were the subject of discussion of a recent meeting of the Council of Ministers.

The Council, led by its president, Miguel Diaz Canel, also discussed measures identified to boost the economy, which will be approved gradually in the coming weeks and months.

With 22 kilometers of white and fine sandy beaches, warm and transparent waters, Varadero beach resort is one of the country’s natural treasures, and it is expected to have some 45 thousand hotel rooms in he near future.

The Council of Ministers evaluated the Special Plan for the development of the resort which, designed in stages, has been implemented to strengthen order and control over the territory and its area of influence.

The president of the Provincial Assembly of People's Power in Matanzas, Tania León Silveira, said in the meeting that with the implementation of the plan for the last seven years, progress has been made in the consolidation of land management in the Hicacos Peninsula where Varadero is located.

Meanwhile, Julio García Pérez, president of the Azcuba Sugar Group, informed the Council that in the sugar cane harvest concluded with  87% of the compliance with the Plan of tons of sugar production it was supposed to meet.

Low agro-industrial efficiency; lack of complete labor force; and other flaws impacted the readiness and availability of plants, harvesters and trucks; were cited as elements that led to a production lower than expected.

\Garcia Perez acknowledged that "non-compliance with the sugar plan could have been minimized with greater use of the potential standard in the period when weather conditions allowed and a better work of organization, management and discipline."

The Council of Ministers also approved the projections for the 2019-2020 harvest.

During the event, first vice president Salvador Valdés Mesa, insisted on the strategic importance strategic everything related to sugarcane recovery, for which it is necessary to make the maximum effort for the rest of the year and comply with the plan for sowing sugarcane. T