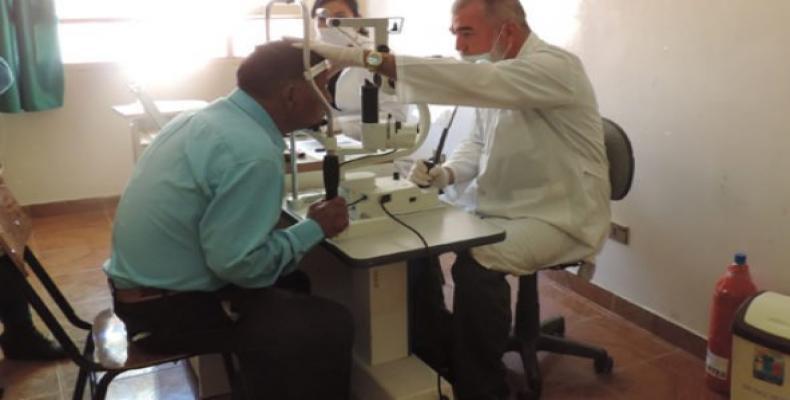 Havana, August 9 (RHC)-- Some 290 Cuban health professionals will join the Cuban medical brigade providing services in Jamaica at the request of the people of that Caribbean nation. This was confirmed by Dr. José Armando Afronte Villamarin, head of the mission in that country, in exclusive statements to Granma.

Afronte Villamarin recalled that collaboration in the field of health with Jamaica began in 1976, at the request of its government and with a brigade of 14 doctors. Then it increased and today the nursing staff plays a major role.

Although some 259 collaborators currently provide their services there, the ministries of health of both countries recently carried out an examination of Cuban professionals and chose those who will join the mission.

"There is great acceptance on the part of the Jamaican people and by the Ministry of Public Health in every institution that Cuban professionals works, both hospitals and health centers - on the role played by Cuban personnel: doctors, nurses, electromedical engineers and technologists. Some 18 of them are part of the Miracle Mission, thanks to which more than 16,000 operations have been carried out that have made it possible to improve the quality or return vision to an important part of the population and this has a humanist, altruistic sense, which is highly valued," said the Chief of the Medical Mission in that country.