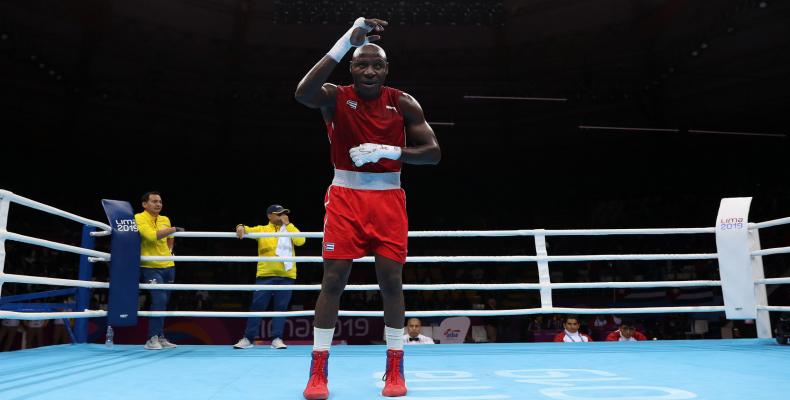 “Excellent performance of Cuban boxing in Lima. Congratulations to our team and to the technical collective” wrote the president on his Twitter account shortly after the final match where the Cuban boxing school exhibited its continental superiority.

With a performance rated as excellent, Cuba's boxing squad rose to the top of the charts.   Pan American Games of Lima with 8 gold medals, one of silver and another of bronze.

On Friday night, reigning Olympic champion Arlen Lopez led the medal charge, as the 26-year-old retained the men’s 75kg middleweight title he earned four years ago in Toronto. Lopez was awarded a unanimous points victory over his Brazilian rival Herbert Carvalho to take the title.

Lopez was one of three Cubans on the night to defend Toronto 2015 crowns, with 2017 world champion Andy Cruz winning the men’s 64kg light welterweight event for the second time.  He secured a 4-1 split decision win against the United States’ Keyshawn Davis.

Osvel Caballero García delivered an impressive display in the men’s 56kg bantam weight final, as he earned a unanimous points win over United States’ Duke Ragan. Each of the judges scored the contest 30-27 in the Cuban’s favour.