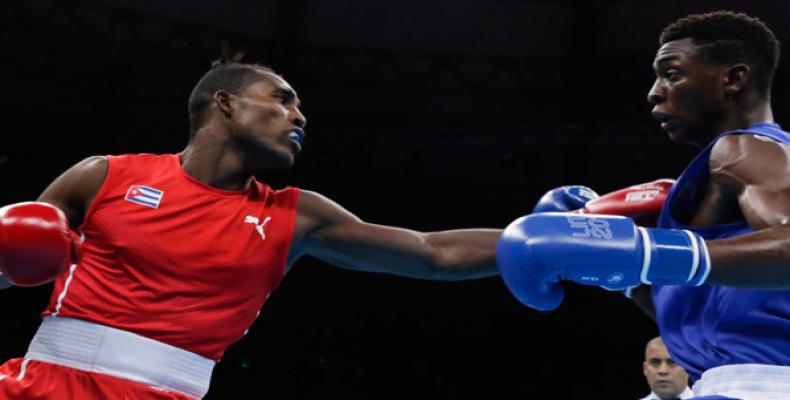 Lima, August 2 (RHC)--  Cuban boxers  punched their way up the medal table picking up four golds and a silver in the boxing ring on Thursday at the Pan American Games being held in the Peruvian capital.

The Caribbean boxing powerhouse is featuring a fighter in every men's gold medal bout but one in Lima and are likely to add to their haul on Friday with no other nation able to match their roster of world and Olympic champions.

Leading the way on Thursday was world and Olympic champion Julio Cesar La Cruz, while world champion Lazaro Alvarez, former Olympic champion Roniel Iglesias and super heavyweight Danier Pero all also fought their way to the top of the podium.

Cuba also grabbed a gold and silver in men's 25m rapid fire pistol to cap its best day of the Games.

Six Days after the beginning of the Games,  the United States is at top of the medal table with 36 golds and 85 medals in total. Mexico is a distant second with 16 and 5, followed by Canada and Brazil, and Cuba currently stands on the 5th place with 10 gold, 10 silver and 9 bronze medals.