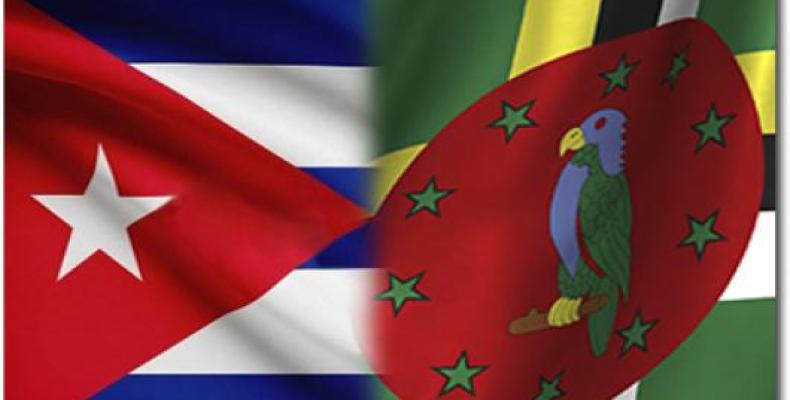 Roseau, September 3 (RHC) --Cuban ambassador to Dominica, Ulises Arranz Fernández, met at the Cuban embassy in Roseau with the Permanent Secretary of the Dominican Ministry of Education and Human Resources Development, Ms. Chandler Hyacinth, and the Representative there of the United Nations Development Program (UNDP), Mr. Luis Francisco Thais.

Ms. Chandler Hyacinth took the opportunity to praise the work carried out by members of the Cuban Construction Brigade sent to Dominica, under an agreement signed by the two governments in the wake of the devastation caused by Hurricane Maria in September 2017.

The Dominica official highlighted the high quality of the work developed by the Cuban construction workers in the recovery of educational centers, particularly the Salisbury Elementary School, where UNDP cooperation is also present.

At the meeting, Ambassador Arranz Fernández renewed Cuba's commitment to cooperating with Dominica and other Caribbean states in a wide range of areas, including disaster prevention and mitigation, and post-storm recovery.