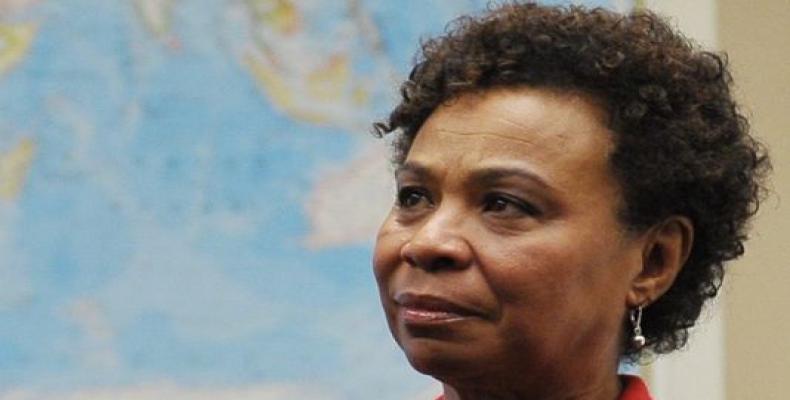 Washington, October 27 (RHC)-- U.S. Congresswoman Barbara Lee has condemned the Donald Trump administration's decision to ban flights by U.S. airlines to all Cuban destinations except Havana in the near future.

The Democrat legislator for California tweeted  that "these isolationist and that backward policies will hurt Cubans and Americans alike."

The congressional representative concluded her message on Twitter using the tag #UnblockCuba, often used on social media by people inside and outside the Caribbean nation to demand an end to the economic, commercial and financial blockade imposed by Washington nearly 60 years ago.

This Friday, the U.S. Departments of State and Transportation announced the suspension until further notice, starting next December 10, of scheduled air service between the United States and all international Cuban airports, with the sole exception of José Martí, in the Cuban capital.

The decision, which joins the list of aggressive restrictions adopted by the U.S. government to undo the bilateral rapprochement initiated under the government of Barack Obama will prevent airlines such as  American Airlines and JetBlue from traveling to Santa Clara, Camagüey,  Holguín, and Santiago de Cuba, among other destinations.