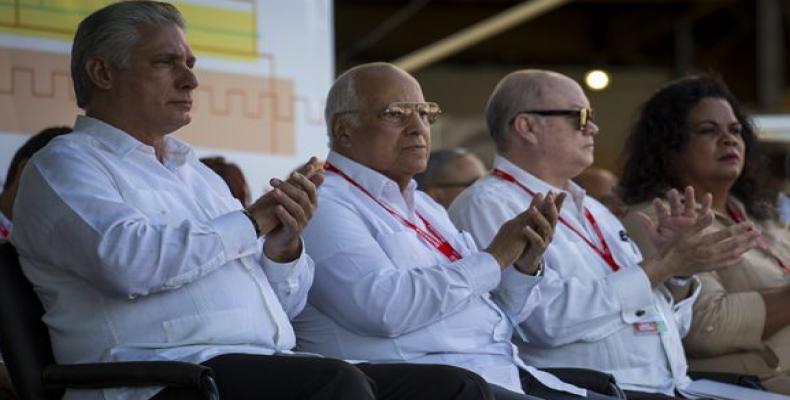 Havana, November 4 (RHC)-- The President of Cuba, Miguel Diaz-Canel Bermudez, attended this Monday the inauguration of the 37th edition Havana´s International Trade Fair, FIHAV 2019 -- an event that brings together entrepreneurs from more than 50 countries, along with national exhibitors.

Ricardo Cabrisas Ruiz, Vice President of the Council of Ministers, and Rodrigo Malmierca Díaz, Minister of Foreign Trade and Investment, accompanied the president.

In welcoming the participants, Malmierca stressed that this year's fair takes place in the context of the celebrations for the 500th anniversary of the foundation of Havana.  He also underlined the importance of the meeting in facilitating the exchange between business people and promoting new opportunities in the field of trade relations.

“It fills us with satisfaction, because the will and decision to fight in spite of the blockade, which has intensified even more in recent times, always stand out,” added the  foreign trade minister.

Malmierca added that the blockade is not only illegal and immoral, but it is also a failed policy, and he recalled that this week there will be a new vote against it at the UN General Assembly which will show the broad rejection of the international community.