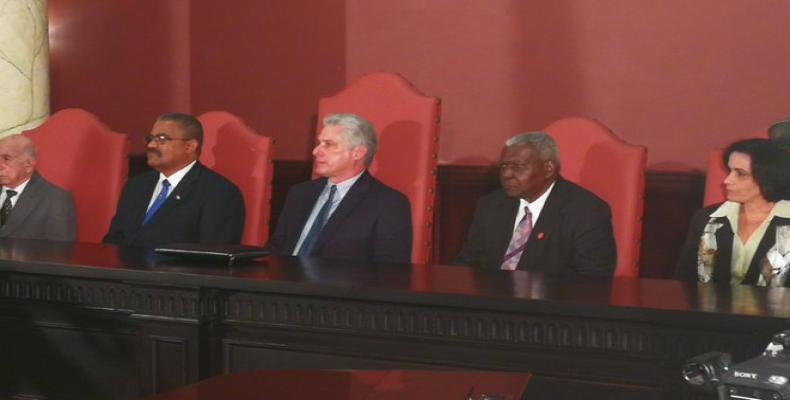 Havana, January 10 (RHC)-- The President of the Republic of Cuba, Miguel Díaz-Canel, attended on Thursday the opening ceremony of the 2020 Judicial Year. He described the event as an expression of the strengthening of the institutionality of the nation's justice system.

"The opening ceremony of the Judicial Year is a widespread practice in many countries. It is an opportunity to report on the sector's main results in the previous year, and on work projections for the period that is beginning," the Cuban Presidency wrote on Twitter.

At the ceremony, the President of the People's Supreme Court, Rubén Remigio Ferro, said that "being increasingly fair, more transparent, more attached to the Constitution, more efficient and effective in imparting justice, is the main objective of the Cuban judicial system."

After the opening ceremony, the Annual Working Meeting of the Court System took place to address the deficiencies and solutions of its performance under the premise of "effective and transparent justice."

Accompanying the Cuban President were Esteban Lazo Hernández, President of the Council of State and the National Assembly of People's Power, and José Ramón Machado Ventura, second secretary of the Central Committee of the Communist Party of Cuba.