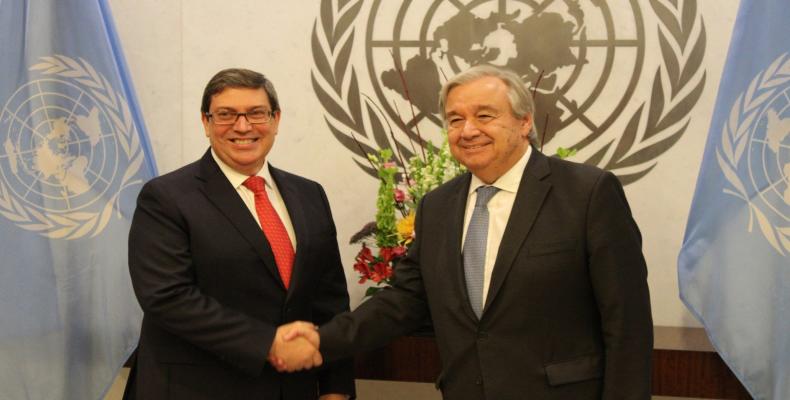 New York, November  8 (RHC)--Cuban Foreign Minister Bruno Rodriguez met with UN Secretary-General António Guterres on Thursday and gave him details about Washington's hostile escalation against the island and the effects of the blockade.

The meeting took place a few hours after 187 UN member states expressed their support at the General Assembly for the demand to put an end to the economic, commercial and financial siege that Washington has maintained for almost 60 years against Cuba.

During the meeting, the foreign minister presented an overview of the results of the vote, in which Cuba had the broad majority support of the international community.

Rodriguez and Guterres also addressed issues related to international peace and security, the defense of multilateralism, and current issues in the Latin American and Caribbean region.

Since 1992, the UN General Assembly has spoken out against the siege imposed by Washington on Cuba, but the U.S. government continues to disregard the international community and maintains its hostile policy.