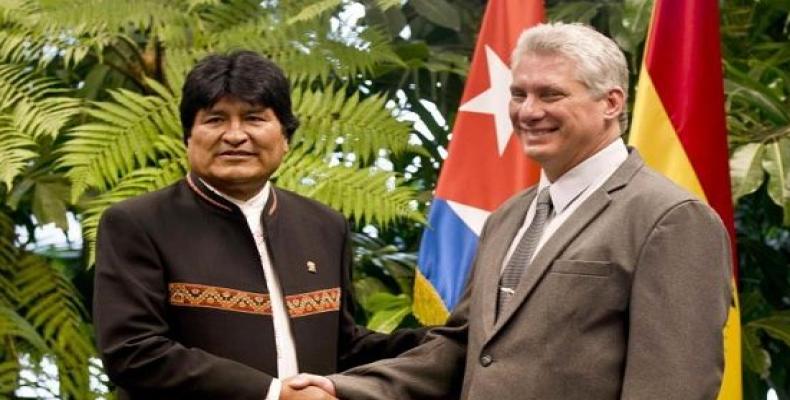 "Brother President,  the Cuban people are by your side against violence and the coup d'état.  We strongly denounce the coup attempt," wrote Diaz-Canel on Twitter.

On Saturday, in a press conference from the city of El Alto, President Evo Morales called on patriots, social activists, and public servants to mobilize to defend democracy, and the Bolivian people’s vote of October 2o.

Morales announced to the Bolivian people and to the entire world that a coup d'état is underway against a democratically elected government and added that the actions are also against social movements, workers, humble people, who have built a democratic and cultural revolution together.