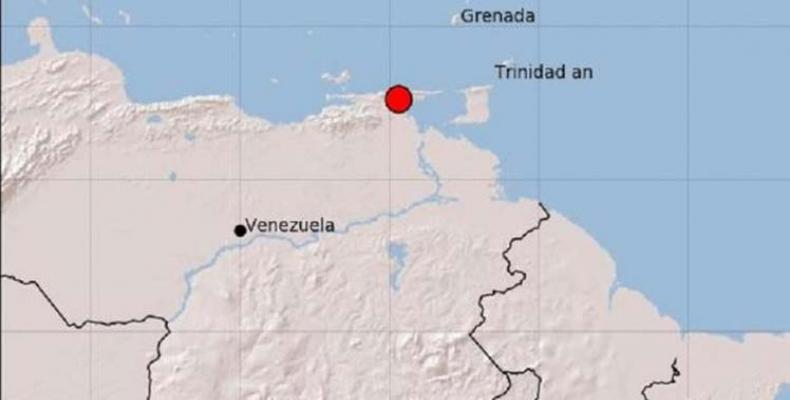 Havana, August 22 (RHC)-- Cuban President Miguel Diaz-Canel has expressed his deepest solidarity with the government and people of Venezuela, in the wake of a powerful earthquake that hit the South American nation Tuesday afternoon.

According to the Foreign Ministry Twitter account, he also conveyed the island’s willingness to help the sister nation in everything that is within its reach.

The earthquake was a magnitude 6.9 on the Richter scale and has caused damage to some buildings, according to Venezuela's Minister of Interior and Justice.  Minister Nestor Reverol assured that no deaths or injuries have been reported so far.

The Cuban president also expressed his solidarity to the government and the people of Trinidad and Tobago, where the strong quake was also felt.

The tremor struck Venezuela’s eastern coast, home to fishing communities shaking buildings as far away as Colombian capital Bogota and knocking power out in parts of Trinidad.

Damage in Caracas was limited, but the quake did tilt the top five floors of an abandoned 45-story skyscraper known as the ‘Tower of David,’ Interior Minister Nestor Reverol said.