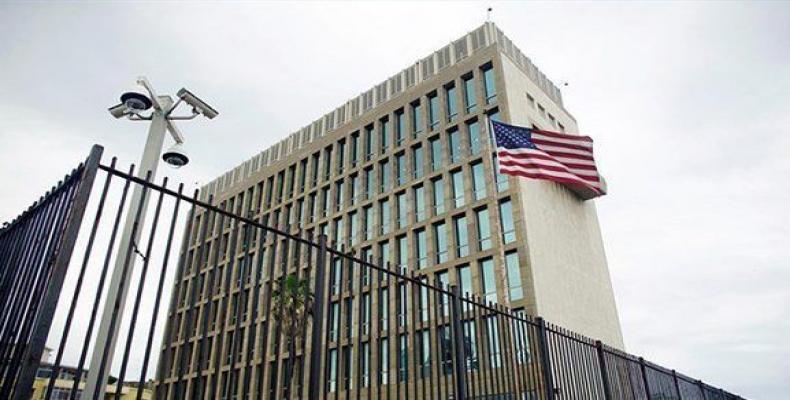 Havana, November 26 (RHC)-- Cuban Foreign Minister Bruno Rodriguez warned Tuesday that illicit activities by the U.S. Embassy in Cuba constitute interference in the internal affairs of the country and seek to undermine its constitutional order.

Writing on Twitter, the minister said that the actions violate the Vienna Convention, the agreement for the establishment of relations, and Cuban and U.S. laws.

The head of Cuban diplomacy added that U.S. Secretary of State, who applauds coups d'état and ignores murders, acts of barbarism, repression and violations of human rights by his allies, calls on his Embassy in Cuba to intervene in the internal affairs of a sovereign country that will not allow such action.

Mike Pompeo recently made a passionate defense of Washington´s Chargé d’Affaires Mara Tekach, after Cuban authorities stated she was meddling in the island's internal affairs through the open instigation to violence, the disruption of order and disrespect of law enforcement officials.

Last week, an article published by Granmma newspaper said the U.S. Embassy in Havana has been the fundamental vehicle of attention, orientation and financing of the behavior of counterrevolutionary José Daniel Ferrer, with Tekach personally leading the performance.

In a press release, Pompeo stated that the “Chargé d’Affaires and her team at the U.S. Embassy in Havana remain steadfast as they carry out the President’s mission to defend human rights and advance the cause of democracy in Cuba.”