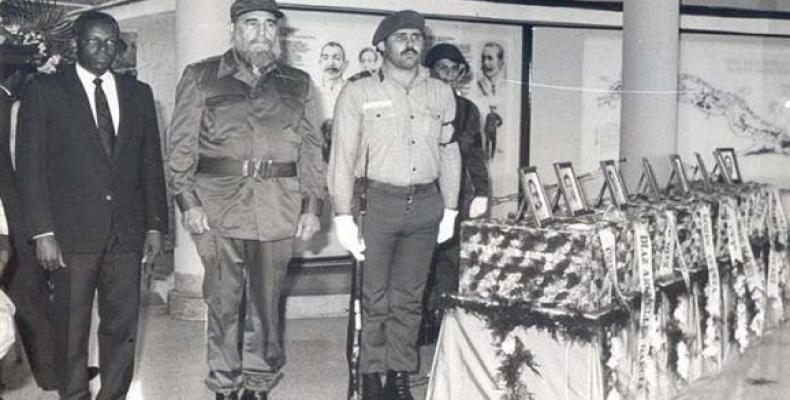 Havana, December 7 (RHC)— Cubans are commemorating Saturday the 30th anniversary of Operation Tribute. It was the name given to the transferring back to the national territory of the mortal remains of Cubans fallen in internationalist missions in African countries.

The remains of the 2,085 martyrs on military missions and 204 on civilian tasks in African countries were buried on December 7, 1989.

The date coincides with the fall in combat of the second military commander of the Cuban Liberation Army during the 1895 war,  Major General Antonio Maceo, and his assistant Panchito Gómez Toro, and is a National Mourning Day.

At the ceremony of the burial of the fallen, 30 years ago, the historical leader of the Cuban Revolution, Fidel Castro, affirmed: December 7 will become a day of remembrance for all Cubans who gave their lives not only in defense of their homeland but also of humanity.

In this way, he added, patriotism and internationalism, two of the most beautiful values that man has been able to create, will be united forever in the history of Cuba.

On Twitter, President Miguel Diaz-Canel wrote: “Eternal glory to those who symbolize the love of humanity and internationalism.”

“Honor to those who rest in the arms of the grateful homeland. Our homage and tribute to the Bronze Titan and the Cuban internationalist fighters,” he added.