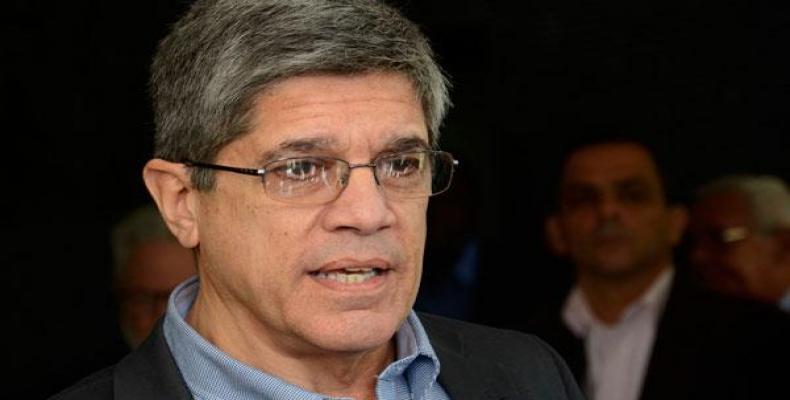 In an interview with the French news agency AFP, the Cuban diplomat said that those in charge of U.S. policy for the Western Hemisphere are people with very extreme and aggressive behaviors and statements toward the island.

He stressed that they seem intent on provoking the severing of all ties and the shutting down of the embassies of Havana and Washington.

Fernández de Cossío clarified that the Cuban authorities do not want such an event, but that they are ready and prepared for it.

He also ratified his country's willingness to build a respectful and civilized relationship with the United States.

He assured that the resumption of diplomatic relations in  December of  2014 by then presidents Raul Castro and Barack Obama was emotive and hopeful for the Cuban people.

However, five years later, the road traveled has a contradictory balance, since, from the inauguration of Donald Trump, the improvement of the links was given the cold shoulder.

The ease of travel and trade between Cuba and the United States, the opening of direct telephone communication, and Obama's visit to Havana were landmarks in the first two years, which he considered positive.

For the Director-General for U.S. Affairs at the Cuban Foreign Ministry, there was a progressive erosion in the last three years up to the present time with the declared aggressiveness of Washington against Cuba.

According to the Cuban diplomat, the blockade that the United States is an obstacle to sustainable progress in favor of bilateral relations, which he said are at a shallow point.

Likewise, he considered as very drastic the actions of the U.S. government to prevent the entry of fuel into his country. He denounced the persecution of Cuban Medical Collaboration in the world as a measure of pressure.

On the other hand, he described as totally hypocritical the arguments the Trump Administration uses related to human rights on the island and the support for the government of Venezuelan President Nicolás Maduro.

Fernández de Cossío also reiterated his country's solidarity with the Bolivarian executive and rejected and considered false the allegations about the alleged presence of 25,000 Cuban soldiers in the South American nation.