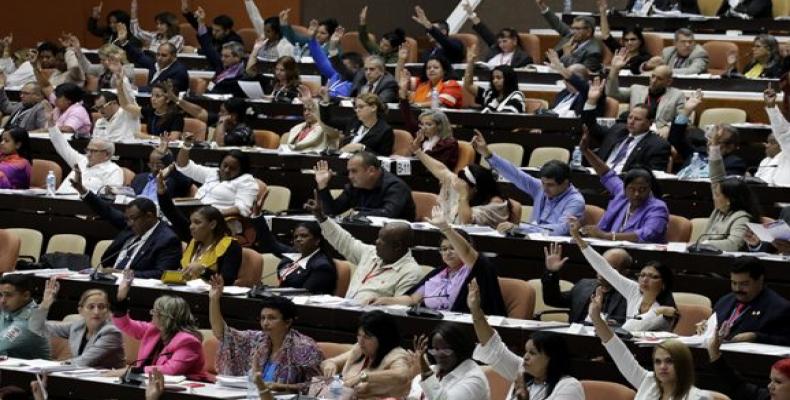 Havana, December 20 (RHC)-- The Cuban Parliament adjourned earlier on Friday afternoon after an intense first day of the 4th ordinary session of the current legislature.

After previous analysis and discussions on draft legislations, both in the standing committees and in their r home provinces, the lawmakers approved the State Budget Law for 2020, the laws on the reorganization of the standing working committees of the National Parliament, and the Law on the Organization and Functioning of the Parliament itself and the Council of State.

They also voted the Law on the Organization and Functioning of the Municipal Assemblies of People's Power and People's Councils.

The new legislations were mandated by the new Constitution approved last April.

Parliament will resume its work at 10 a.m. Saturday with the appointment of the Prime Minister, Deputy Prime Ministers, Secretary and other members of the Council of Ministers.

The approval of the legislative schedule for the implementation of the Constitution and the ratification of agreements and provisions of the Council of State are also included in the second and last day of the ordinary session.