Cuban Parliament focusses on laws that will lead to judicial reform 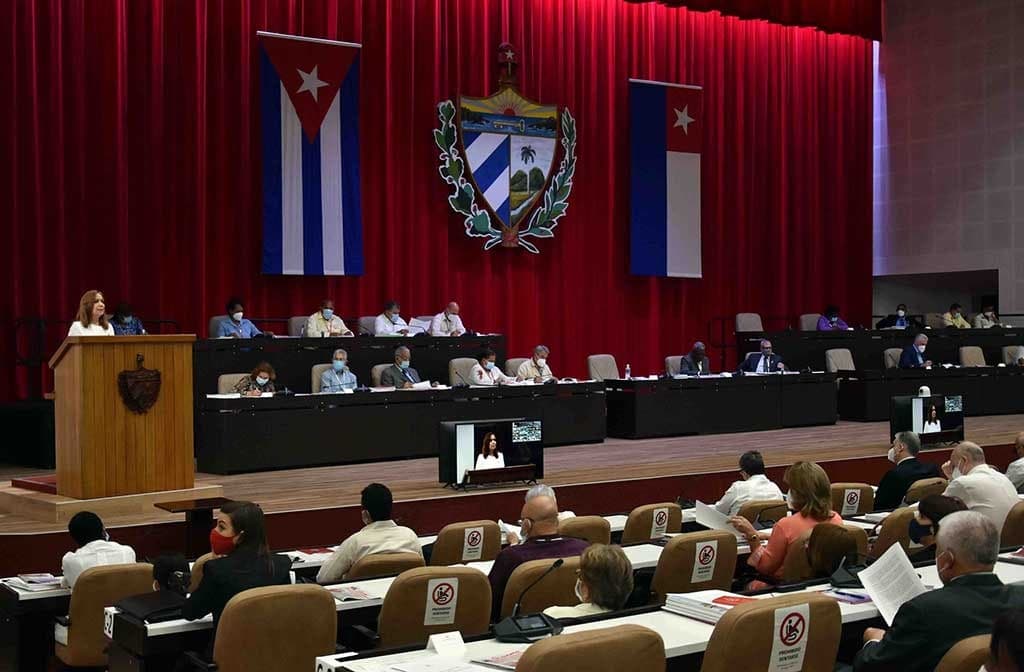 Havana, October 28 (RHC) Cuba's National Assembly of People's Power (Parliament) is considering Thursday the approval of four bills to reform the country's judicial system as part of the seventh regular session of the current legislature.

During the hybrid event,  the deputies will analyze the proposed regulations on the Courts of Justice, the Code of Processes, Criminal Proceedings, and Administrative Procedures, which were already debated in previous study days.

The legislative calendar includes reviewing the Ministry of Construction's performance, the agreements adopted by the Council of State in the inter-session period, and the proposal for the next accountability report by the Prime Minister, Manuel Marrero, among other matters.

On Wednesday,  deputies discussed the execution of the State budget in 2020 and the economy's performance until the end of September.

They were briefed about the progress of the "Ordering Task," the name under which the country undertook in January this year the elimination of the dual currency and exchange rate, devalued the Cuban peso at a rate of 24 to the dollar, and carried out wage and price reforms, among other actions.

The deputies also paid tribute to the scientists and health workers who spared no effort to save lives from Covid-19 and received updated information on the fight against the pandemic.

The innovations in equipment and medicines used to care for infected people and the progress of the national vaccination campaign against the disease were also presented.

The Assembly rejected, through a declaration, the recent actions of the United States Government to try to subvert the constitutional order in the Caribbean nation and supported the socialist social system.

In addition, 13 new deputies were sworn in and took office.