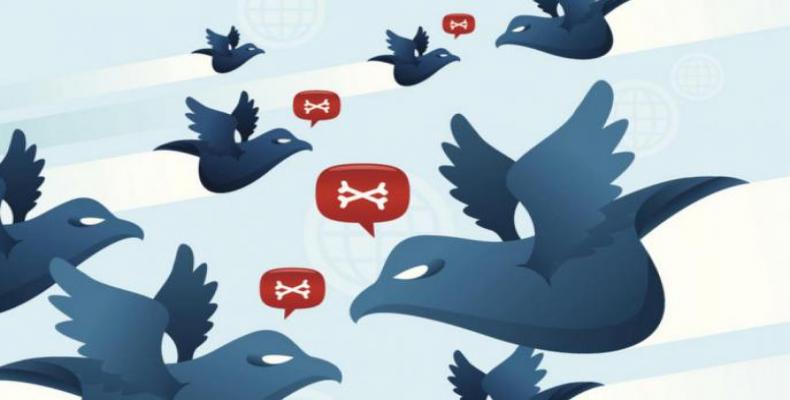 Havana, January 7 (RHC)-- Granma newspaper denounced on Tuesday the maneuvers of the US government aimed at destabilizing Cuba through the alleged pro-democracy programs, which finance mercenary groups, scholarships to promote fake leadership among young people and the dirty war on the Internet.

In an article on its front page, the Cuban Communist Party newspaper reports that since 1996 the controversial Helms-Burton Act established the obligation to finance these destabilizing programs, to which Washington earmarks nearly 20 million dollars a year.

The publication recalls that since its creation in 2018, the so-called Internet Task Force for Cuba and the institutions that make up that force have highly qualified specialists who, based on previously developed models, direct targeted messages to sectors of Cuban society and organize fake campaigns and protest actions supposedly led by Cuban users.

One of the most widespread falsehoods in recent times about the Caribbean nation is that of presenting the Cuban Revolution as an enemy of the Internet, while the White House, without any pretext, with its rhetoric that the Government prevents access to new technologies, uses infocommunications for anti-Cuban and interfering purposes with media such as the poorly named Radio and Television Martí.