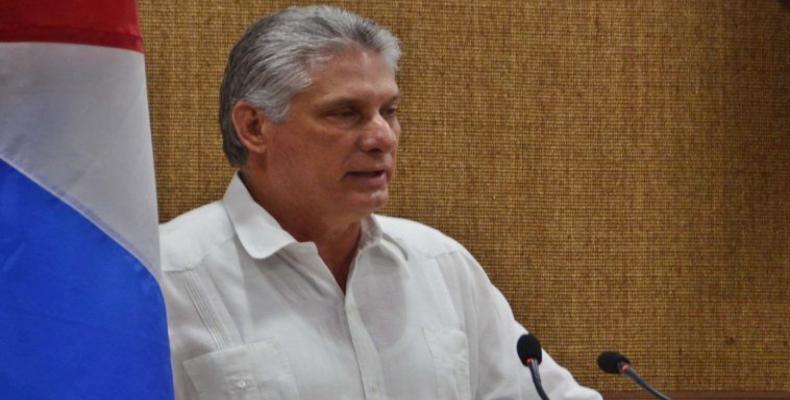 Havana, January 22 (RHC)-- Cuban President Miguel Díaz-Canel evaluated on Tuesday the progress of the food program on the island.  The assessment included the development plan of the Tabacuba business group, the recovery of integral swine centers and other issues.

The Tabacuba Program seeks expansion until 2030 of tobacco production, as of the national economy's main exportable item.  Its goal is to reach more than 50 thousand tons annually of the different varieties of the crop harvested in Cuba, thus increasing the volumes of the product for export and domestic consumption.

In this regard, Díaz-Canel commended tobacco production as one of the areas that always complies with the plans.  At the meeting, it was also revealed that since 2005 the recovery of the integral swine centers began with significant investments and maintenance actions.

It was also known that the pasta industry does not meet current demands and that its main destinations are the tourism sector and the rationed family basket.  Problems identified during the meeting included inefficient planning and execution of maintenance, and the shortage of parts and spare parts.

The meeting also dealt with the Plan for Food Sovereignty and Nutritional Education in Cuba, which seeks to reduce dependence on food imports and guarantee its quality.