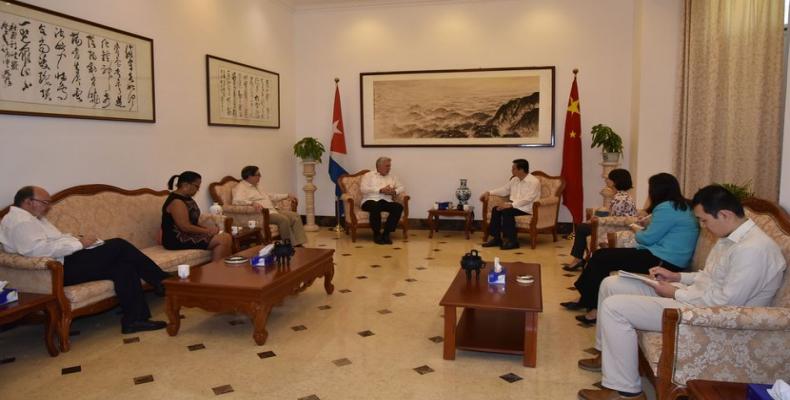 Havana, February 15 (RHC)--The President of the Republic, Miguel Díaz-Canel Bermúdez, paid a visit to the Embassy of the People's Republic of China in Havana on Friday to reiterate the island's support and solidarity with the Chinese people, affected by the coronavirus epidemic.

In his dialogue with ambassador Chen Xi, the Cuban leader praised the effective response of the Chinese government to this challenging situation and expressed his confidence that they will win the battle against the epidemic.

The President also mentioned Cuba's firm commitment to accompany the Chinese authorities and people with everything within its reach.

The Chinese diplomat thanked the concern and constant support of the highest authorities of the government and the Cuban Communist Party since the beginning of the epidemic.