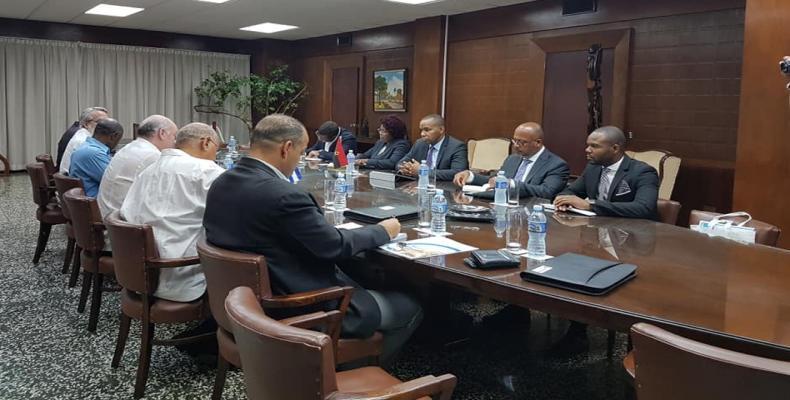 Havana, February 21 (RHC)--  The Cuban Minister of Foreign Trade and Foreign Investment, Rodrigo Malmierca, and the Chairman of the Board of Directors of the Luanda-Bengo Special Economic Zone, Antonio Henriques Da Silva, ratified Thursday the historic friendship ties between Cuba and Angola, as well as the mutual willingness to explore new areas of collaboration.

During the meeting in the Cuban capital, Malmierca highlighted the close bonds between both countries and said they would continue to work together to strengthen the economic ties.

Antonio Henriques Da Silva, who is also President of the Private Investment and Export Promotion Agency of Angola, referred to his visit to the Mariel Special Development Zone, an enclave which, he said, impresses with the infrastructure installed and the projects it promotes.

The Angolan delegation also visited the Center for Genetic Engineering and Biotechnology in Havana.