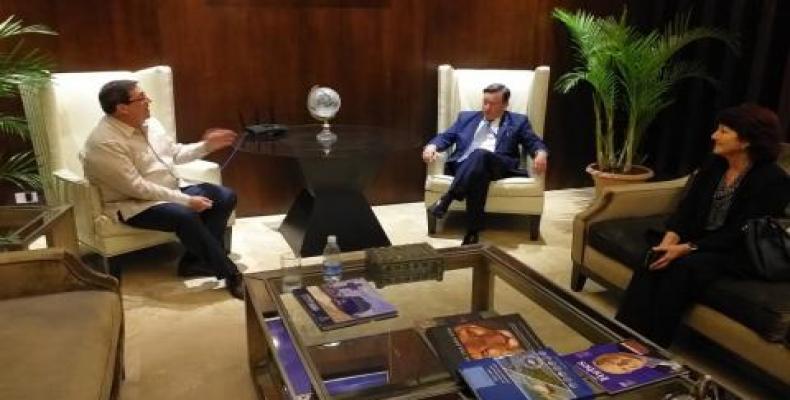 Panama, March 4 (RHC) Cuban Foreign Minister Bruno Rodríguez arrived in Panama on Wednesday for an official visit. He was received at Tocumen International Airport by the State's Director of Protocol, Miguel Lecaro.

The Minister's program, which will last until next Saturday, includes official talks with his Panamanian counterpart, Alejandro Ferrer, and a tour of the Foreign Ministry's headquarters, located in the Simón Bolívar Palace, site of the Amphictyonic Congress convened by the Liberator Simon Bolivar in 1826.

Bruno Rodríguez will also hold meetings with Pedro Miguel González, secretary-general of the ruling Democratic Revolutionary Party and other members of the national leadership of the party organization and leaders of the political groups' People's Party and Broad Front for Democracy.

He will also meet at the Legislative Palace with deputy Marcos Castillero, president of the National Assembly, and other legislators from different political parties and the parliamentary group of friendship with Cuba.

The Cuban diplomat will pay tribute to General Omar Torrijos in the bust in the Proceres Plaza; and he will also place a floral offering to the Hero of Cuba, José Martí, in the statue erected in the famous Belisario Porras Park.

Rodriguez Parrilla's program also includes talks with the rector of the University of Panama, Eduardo Flores, Panamanians Cuba solidarity activists, Cubans living in this country, and members of the state mission of Cuba in Panama.