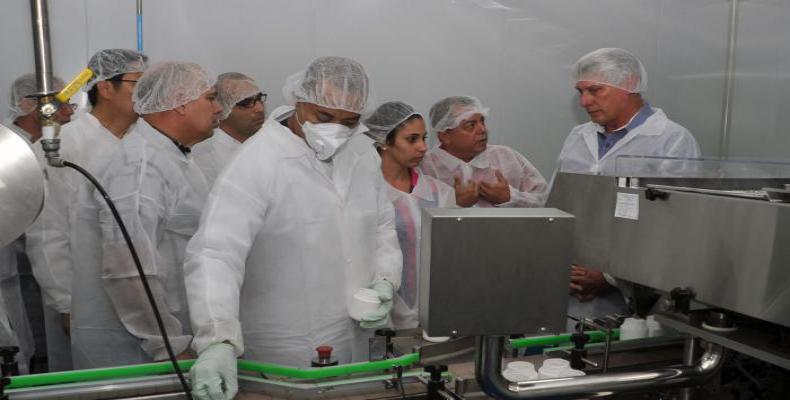 Havana, March 17 (RHC)-- Generating innovations from science and technology, and better management of scientific work in Cuba, was the main call made by President Miguel Díaz-Canel Bermúdez during the annual review meeting of the Ministry of Science, Technology, and Environment (CITMA) held Monday.

To that effect, a set of legal rules has been implemented to improve the operation of companies and scientific centers and to promote the creation of science parks.

The President pointed out, however, that the approved policies must be brought to life. To do this, he insisted, it is necessary to train the actors who lead the sector and that this, in turn, should be reflected in results.

"We have to analyze how science impacts on the life of the nation, on our Gross Domestic Product, how it contributes to values in the country's economy," he said.

"Despite the scenario Cuba is going through due to the blockade, financial restrictions and the fuel situation, the call will always be to find an emancipatory solution to the challenges, based on the legacy of the Revolution itself ..where scientific potential also plays a leading role," Díaz-Canel said at the meeting, where Manuel Marrero, Prime Minister, was also present.

In this regard, he stressed that many of the solutions demanded by Cuban companies have an answer in scientific studies, in the knowledge, for example, of nanotechnologies and nanosciences, which have revolutionized areas such as the food industry, construction, and energy.

The Head of State stressed the need to rescue historical memory and preserve documentary heritage, to commit to quality management and food safety, and to categorize high-tech and interface entities in the business-university link, and production and service companies.