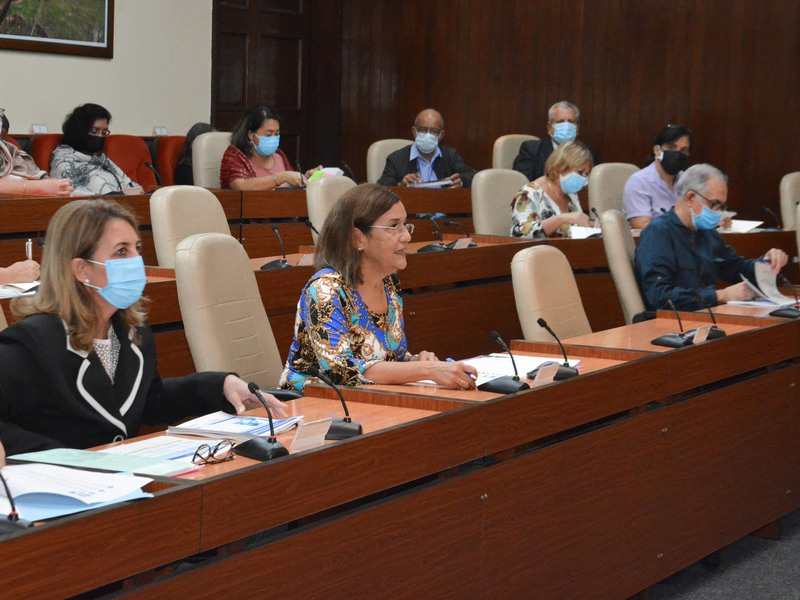 The minister of Science, Technology, and Environment, Elba Rosa Perez, addresses the meeting.

Havana, November 25 (RHC)--Members of the Cuban scientific community debated on Wednesday how to use science to address the island's economic and social woes.

During the meeting, led by President Miguel Diaz-Canel, the minister of Science, Technology, and Environment, Elba Rosa Perez, spoke about the pending challenges for the interrelation between the knowledge sector and the productive sector and the public administration and the territories.

Diaz-Canel acknowledged the presence of scientists in spaces where vital decisions are made for the country and warned that there is still a lack of demand for science from the business system.

He also emphasized that strategic planning is essential to determine priorities in the transformation.

Cuban President Miguel Díaz-Canel questioned the lack of knowledge of the regulations for the implementation of science and innovation and the failure to use the potential of scientists in the entities fully.

He also called attention to the new scenario in the country with the creation of micro, small and medium-sized enterprises, many of them oriented towards innovation.