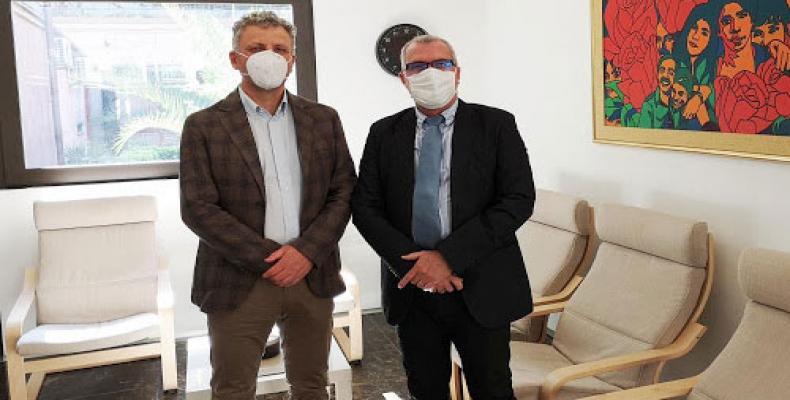 Rome, June 4 (RHC)-- Massimiliano Smeriglio MEP ratified his commitment and engagement, also from the European Parliament, in favor of the international efforts that are intensifying and demanding the cessation of the aggressive policy of the United States against Cuba.

Smeriglio was received by the Cuban ambassador in Rome, José Carlos Rodríguez Ruiz, and referred to a note published on the website of the Ministry of Foreign Affairs of Cuba.

At the end of March, he wrote a letter to the Cuban Ambassador in Rome thanking him for sending doctors and nurses to Italy who have been working for more than two months on the COVID-19 pandemic in the Lombardy and Piedmont regions.

The Cuban ambassador thanked Smeriglio for his support and took the opportunity to inform him about the successful way in which Cuba has managed to control the COVID-19 in Cuba, as well as the extensive emergency health assistance that it is providing at the same time to some twenty countries in various continents.

Both exchanged on other international issues, especially in Latin America and the Caribbean, and agreed to maintain a systematic exchange with the purpose of continuing to improve relations between Europe and, in particular, Italy and Cuba.