Cuban president calls for building a country inspired by Moncada 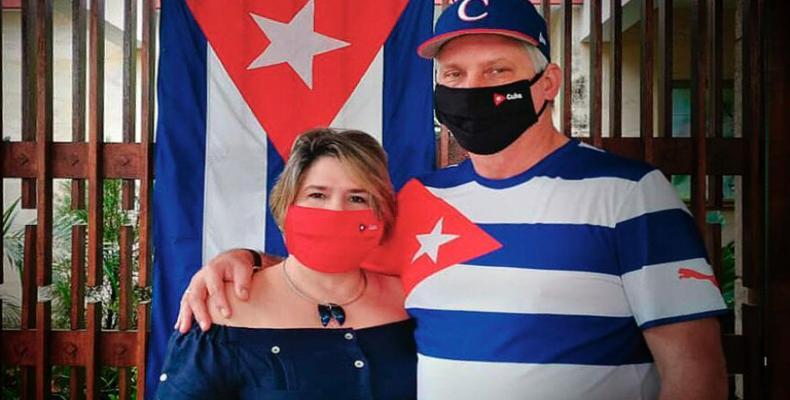 Havana, July 26 (RHC)-- Cuban President Miguel Diaz-Canel called to work for a better society just as those who attacked the country's second-largest military stronghold 67 years ago.  The president published a photo with his wife, Lis Cuesta Peraza, in front of the Cuban flag.

Diaz-Canel recalled the events of July 26, 1953, when one hundred fighters commanded by the historic leader of the Cuban Revolution, Fidel Castro, assaulted the Moncada Barracks, in Santiago de Cuba, while another group attacked another military institution in Bayamo.

Through his Twitter account, Díaz Canel sent an embrace to the First Secretary of the Cuban Communist Party, Raúl Castro, Comandante Ramiro Valdés and other combatants who participated in those actions.

"It is a pride and an honor to defend the Homeland together with you.  #SomosCuba. #SomosContinuity," said the head of state on the social network.

Díaz-Canel also stressed the need to work to move forward in the midst of today's challenges with the same will of the heroes and martyrs of the combative actions of 67 years ago.