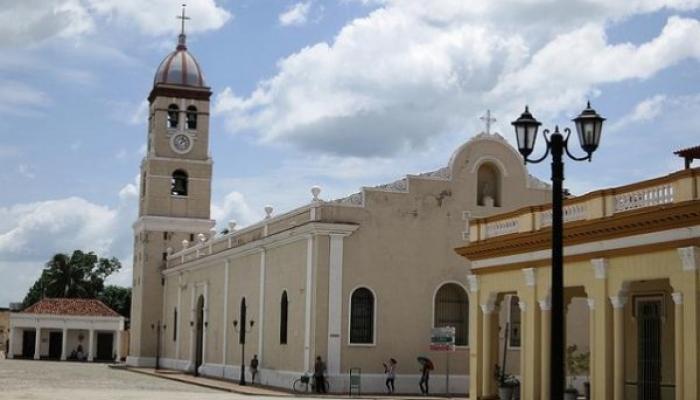 Residents in the eastern city of Bayamo and Cubans in general today celebrate the 504th anniversary of its founding as the island’s second city was set up on the island by Spanish Conqueror, Diego Velázquez, on November 5, 1513.

The first years of the village is also linked to a wealthy and famous family in Cuba, the Iznaga’s. Francisco Iznaga, a rich Basque landowner in the western part of Cuba during the first 30 years of Cuba’s colonization, was elected Mayor of Bayamo in 1540. Iznaga was the originator of a powerful lineage that finally settled in Trinidad. His descendents fought for the Independence of Cuba from Spain and the Annexation of it to the US from 1820 to 1900.

During much of the 16th century Bayamo was one of the most important agricultural and commercial settlements on the island; its inland location gave it relative security and protection against pirates and corsairs who then infected the West Indies and the Caribbean, and the misfortunes of the eastern city of Santiago de Cuba were the fortunes of Bayamo. Down Cuba’s longest river, the River Cauto, open to the sea for 200-ton vessels, and through the city of Manzanillo, Bayamo drove a thriving contraband that made it Cuba’s most important town in the early 17th century.

A tremendous flood in 1616, choking the Cauto with trees and wrecked vessels, cut it off from direct access to the sea, but through Manzanillo it continued a great smuggling and trafficking with Curazao, Jamaica and other neighboring islands throughout the 17th and 18th centuries. At that time Bayamo was then surrounded by fine sugarcane and coffee plantations. In 1827 it received the title of city. In the Ten Year Independence War against Spain from 1868 to 1878, Bayamo was an insurgent stronghold, the first city taken over by the Cuban Mambí Army, where the Cuban National Anthem was played, heard and sung for the first time. Bayamo was also the site where the abolition of slavery was signed in Cuba on December 27, 1868.

During the last stage of the island’s liberation war in the 1950’s, Bayamo’s Carlos Manuel de Céspedes barracks, the city’s main military headquarters, was attacked by a group of revolutionaries along with Santiago de Cuba’s Moncada Barracks on July 26th, 1953, actions that were directed and coordinated by Fidel Castro in a bid to take over dictator Fulgencio Batista’s two strongholds in the eastern part of Cuba.

Though the action failed militarily, it was a moral success sparking the Cuban Revolution that followed afterwards with the landing of the Granma yacht, bringing 82 revolutionaries led by Castro, the struggle at the Sierra Maestra Mountains and the triumph of the 1959 Revolution.