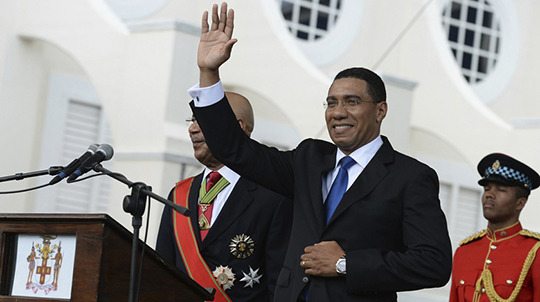 Havana, September 4 (RHC)-- Cuban Foreign Minister Bruno Rodríguez Parrilla congratulated Andrew Holness on Friday on his re-election as Prime Minister of Jamaica and ratified Cuba's willingness to strengthen the historical relations between the governments of Havana and Kingston.

"We congratulate His Excellency Andrew Holness on his re-election as Prime Minister of Jamaica after the Labor Party's electoral victory. We wish him success in his new mandate, and we ratify our will to continue strengthening the historic relations of friendship and cooperation," the Cuban Foreign Minister tweeted.

Holness, who obtained a second consecutive mandate through a landslide of his Party with 49 to 14 seats, in his acceptance speech from the JLP Headquarters said he felt honored by the overwhelming majority, and he assured all his fellow Jamaicans that his new government would not take on any characteristic of arrogance, or lack of humility.