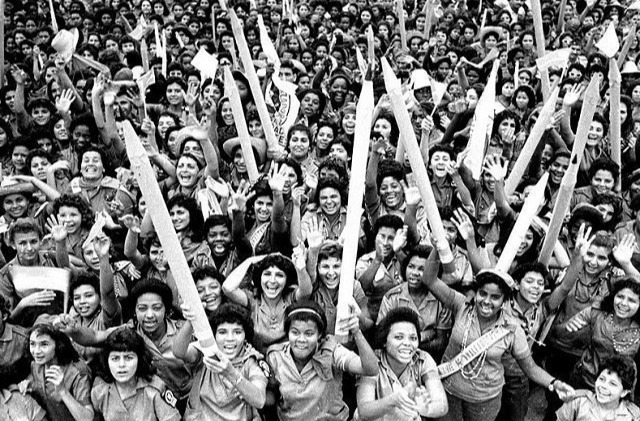 Havana, September 8 (RHC)-- Cuba celebrates Tuesday World Literacy Day with an acknowledgment of its educational achievements, particularly the campaign that in 1961 made the country the first territory free of illiteracy in the region.

The United Nations Educational, Scientific, and Cultural Organization (UNESCO) described this initiative as a pioneering example of the values promoted by the organization for the 2030 Educational Agenda.

Unprecedented in Latin America and the Caribbean, the literacy campaign was the starting point of the remarkable educational advances Cuba has made,' the Cuban National Commission for UNESCO recently acknowledged on Facebook.

The campaign marked the nation's subsequent development where there were 979,200 illiterate people in 1961, and more than 800,000 children between the ages of five and 15 did not attend school.

With the premise of expanding educational guarantees, more than 100,000 students were summoned by the Cuban Revolution leader, Fidel Castro, for the movement that began on January 1, 1961.

As a result, 707,200 illiterate people learned to read and write, which reduced the illiteracy rate to 3.9 percent and provided free and universal access to different education levels.

Almost six decades later and during the complex scenario caused by the Covid-19, UNESCO recognizes Cuba's strategies in inclusive and quality education, as it signed up to in the most recent World Education Monitoring Report 2020, known as GEM.

In this sector, Cuban policies, defined in Article 73 of its Constitution, require the State to provide full access to the population at all levels of education.

Education is a right of all persons and a responsibility of the State, which guarantees free, accessible, and quality education services for comprehensive training, from early childhood to postgraduate university education,' states the Magna Carta.