Cuba's contribution to literacy in the world 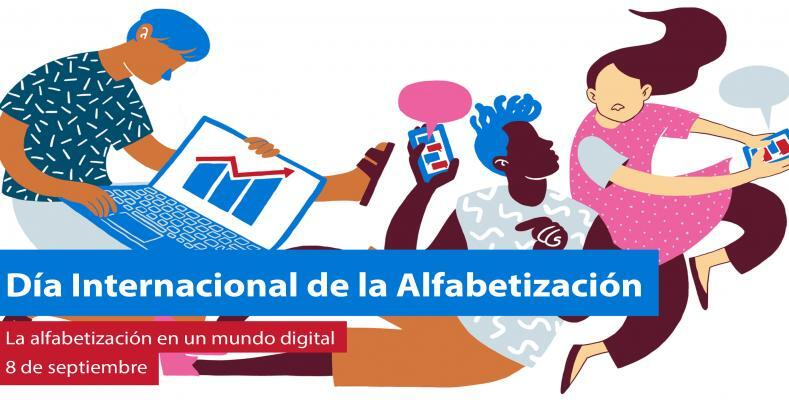 International Literacy Day has been celebrated every September 8 since 1967

In 1961. Cuba marked a milestone in Latin America and the Caribbean by becoming the first territory in the region free of illiteracy, a scourge that before the revolutionary triumph of January 1959 affected a large part of its population.

The successful Literacy Campaign, the conversion of barracks into schools, the training of teachers and free education within the reach of all, led to remarkable educational achievements in the Greater Antilles, which have been recognized by international organizations.

On International Literacy Day, which has been celebrated every September 8 since 1967, it is also worth recalling the Caribbean nation's commitment to global efforts to eliminate illiteracy, a goal that is still pending.

Hundreds of millions of people in the world do not know how to read or write, a sad reality that threatens their quality of life and that of their families. Illiteracy jeopardizes the Sustainable Development Goals of the UN's 2030 Agenda, which seek to put an end to poverty and hunger and make essential human rights such as education accessible to all.

Cuba's contributions include the "Yo sí puedo" method, which in 2006 was awarded the King Sejong Literacy Prize by UNESCO, the United Nations Educational, Scientific and Cultural Organization.

This program, born at the initiative of the historic leader of the revolution, Fidel Castro, has its antecedents in the literacy campaign developed by Cuban radio pedagogues in Haiti.

It has been successfully used in some thirty countries in Latin America and the Caribbean, Africa, Oceania and Europe, teaching more than ten million people to read and write.

"Yo sí puedo", described as economical and effective, is inclusive, as it can be adapted to each country and language. In fact, it has even reached indigenous communities in Australia.

Thanks to the spirit of solidarity of the Cuban revolution and its people, Venezuela, Bolivia and Nicaragua hold, together with Cuba, the distinction of Illiteracy Free Territories.

"Yo sí puedo", of a markedly humanist nature, has had a great social impact in other nations, as it has changed the lives of many people who have been able to integrate into society.