“The elimination of nuclear weapons should be disarmament's top priority" 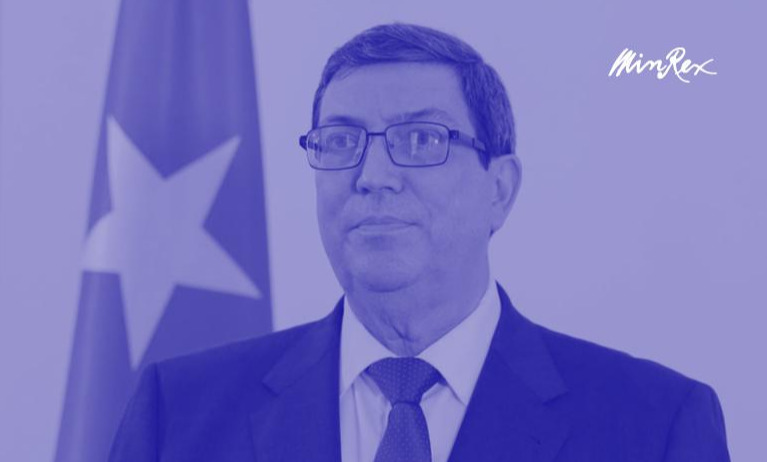 It is appalling to realize that, seventy five years after the criminal bombings of Hiroshima and Nagasaki, there are approximately 13 400 nuclear weapons, of which nearly 1 800 are in operational alert and 3 720 have been already deployed. More than of these belong to the United States. That country keeps the highest number of these weapons ready to be used and is the only one in the world that has dropped two atom bombs.

The international community cannot remain impassive in the face of the United States Nuclear Posture Review, which lowers the threshold of resorting to this kind of weapons, even in response to the so-called “non-nuclear strategic threats.”

We reject the decision of the US government to withdraw from the Iran Nuclear Treaty and the Short and Medium Range Missiles Treaty signed with the former Soviet Union, for they are unilateral actions with grave consequences for international stability and security.

We urge the US to ratify the Treaty on the Reduction and Limitation of Strategic Offensive Arms (START) with Russia.

We condemn the US attempts to restore the Monroe Doctrine in contravention of International Law and the Proclamation of Latin America and the Caribbean as a Zone of Peace.

The COVID-19 pandemic has evidenced the fragility of a world where there’s no guaranteed access to universal basic health services, while nuclear arsenals continue to be modernized and expanded taking as a pretext defense and security military concepts and doctrines that continue to threaten Humanity.

The total elimination of nuclear weapons should be the top priority in the area of disarmament. Nuclear energy should be used only for peaceful purposes in support of the social and economic development of all States, without any distinction.

We reiterate our appeal to ratify the Treaty for the Prohibition of Nuclear Weapons. Cuba takes pride in having been the fifth State to ratify that Treaty; being part of the first Nuclear Weapon Free Zone in a densely populated area of the planet; belonging to the first region of the world proclaiming itself as a Zone of Peace and being an active member of the Movement of Non-Aligned Countries, which promoted the commemoration of the “International Day for the Total Elimination of Nuclear Weapons.”

As was expressed by Fidel Castro Ruz, the Commander in Chief of the Cuban Revolution, and I quote: “Bombs may kill the hungry, the sick and the ignorant; but bombs cannot kill hunger, disease and ignorance”, end of quote. We deserve a world of peace, free from nuclear weapons. Let us struggle for it.

Thank you, very much.