Havana, January 23 (RHC)--The Minister of Foreign Affairs of Cuba, Bruno Rodríguez Parrilla, ratified the island's commitment with the general and complete nuclear disarmament, on the occasion of the entry into force of the Treaty on the Prohibition of these weapons.

The first multilateral nuclear disarmament treaty in more than two decades came into force just after midnight on Friday, January 22. 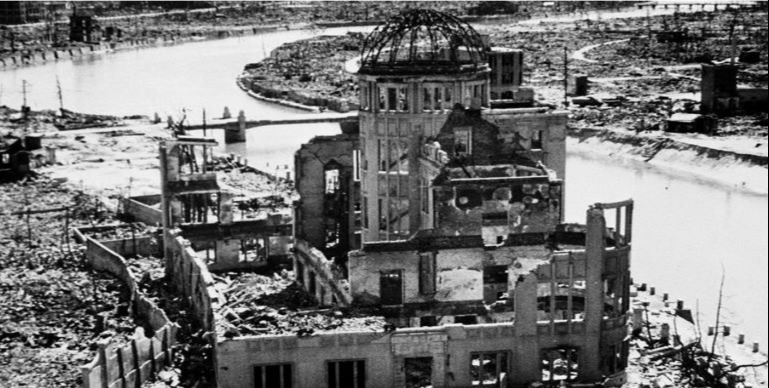 The remains of the Prefectural Industry Promotion Building, after the US dropping of the atomic bomb in Hiroshima, Japan. This site was later preserved as a monument.

Rodríguez Parrilla stressed on Twitter that such an instrument describes the existence of nuclear weapons as a threat to humanity and contrary to International Humanitarian Law.

He also highlighted that Cuba was the fifth country to ratify the Treaty, approved by 122 nations at the UN General Assembly (UNGA) in 2017.

During the High-Level Meeting of the UNGA last October, the Cuban Minister of Foreign Affairs stated that nuclear energy should be used only for peaceful purposes for the States' socio-economic development and without discrimination.

On that occasion, Rodríguez Parrilla expressed that Cuba is proud of being part of Latin America, the first Nuclear Weapons Free Zone and the first region of the world to be proclaimed  Zone of Peace.

In addition, Cuba is an active member of the Non-Aligned Movement, which promoted the International Day commemoration for the Total Elimination of Nuclear Weapons on September 26.

The head of Cuban diplomacy noted that there are approximately 13,400 nuclear weapons in the world, of which almost 1,800 are in operational alert, and 3,720 deployed, more than half belonging to the United States.

The United Nations announced today the entry into force of the Treaty, 90 days after the ratification of its text by the government of Honduras, the 50th state to do so.