Cuba: Nuclear arsenals are being modernized and expanded in the world while basic health services are disregarded 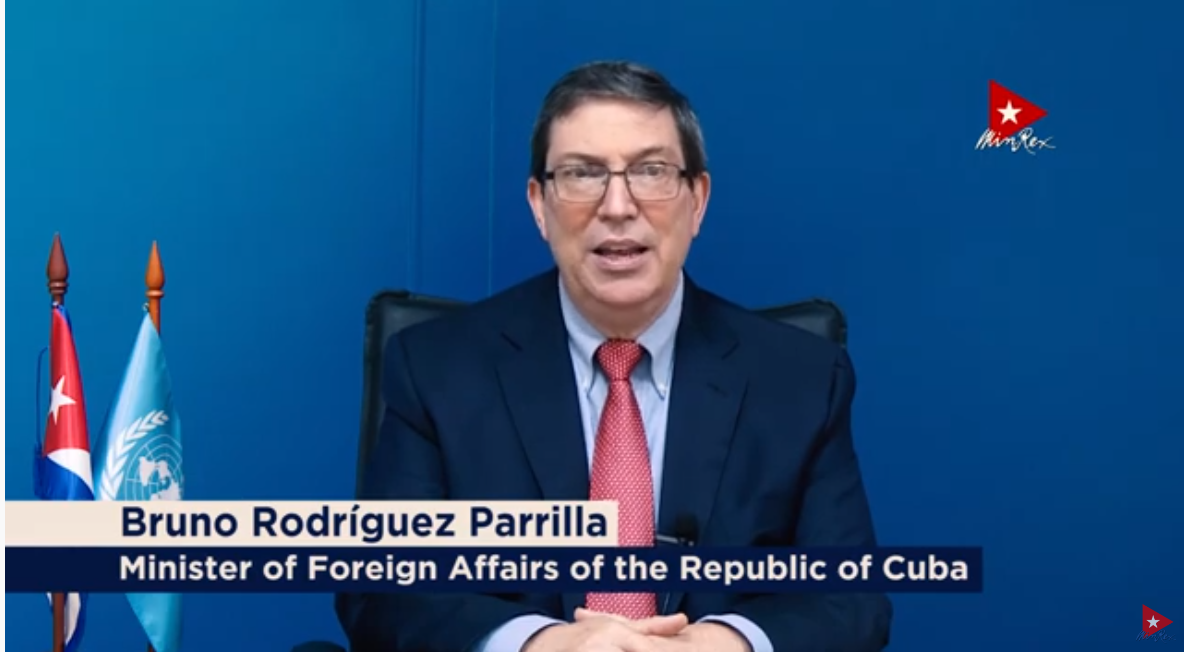 Speaking virtually at the High-Level Segment of the Conference on Disarmament, he stressed that human survival itself, international peace, and security are at risk more than ever.

At the event taking place in Geneva, Rodriguez stated that these are threatened by conflicts, predatory and unconventional wars, acts of aggression and attempts at regime change, and by an arms race that squanders enormous resources indispensable for the sustainable development of our peoples.

The island´s top diplomat added that the multiple crises generated by the devastating COVID-19 pandemic highlight the fragility of a world where universal access to basic health services is not guaranteed, while nuclear arsenals are being modernized and expanded,  and their role in military defense and security doctrines that continue to threaten humanity is being strengthened.

The Cuban Foreign Minister urged the UN Conference of Disarmament to fulfill its mandate to negotiate multilateral treaties and to prioritize nuclear disarmament.

He also welcomed the entry into force of the Treaty on the Prohibition of Nuclear Weapons and said  Cuba is proud to have been the fifth country to ratify it.