Cuba to disclose report on the damage caused by US blockade 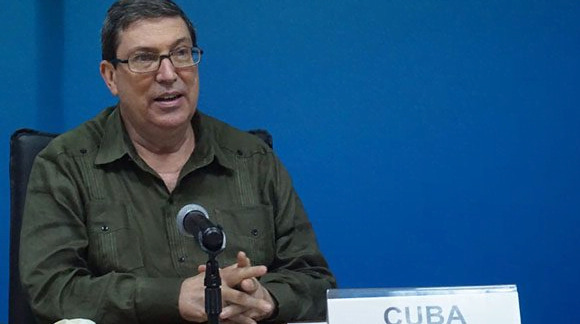 Havana, October 22 (RHC)-- Cuba is presenting this Thursday the report on the damages caused by the blockade policy exercised for almost 60 years by the United States governments.

It will be presented virtually by Foreign Minister Bruno Rodriguez and live on television and broadcast and the YouTube channel of  Cubaminrex site.

The document serves as an argument for the country's proposal before the United Nations General Assembly (UNGA) for the United States to cease its policy of encirclement. Its disclosure was postponed due to the  COVID-19 effects on the world organization.

Havana's sponsored resolution demanding the end of Washington's economic, financial and commercial siege has been approved 28 votes consecutive times by the UNGA.

At the UN General Assembly, the United States has been practically isolated by the international community, and the support to the Cuban proposal is overwhelming.

During the last vote, at the end of 2019, the Cuban initiative reached 187 votes in favor, three against, and two abstentions.

On that occasion, the Cuban Minister of Foreign Affairs affirmed before the General Assembly's plenary that the United States does not hide its intention to asphyxiate the Caribbean island.

Since then, the Trump administration has applied more than a hundred measures, many of them even though the Caribbean nation is facing the  COVID-19 pandemic.