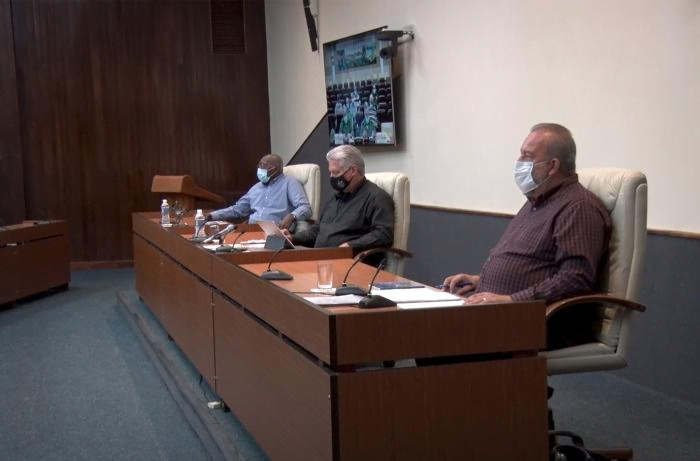 Havana, November 4 (RHC)-- A total of 1,265 people were diagnosed in Cuba with COVID-19 in October. This figure means 339 fewer cases than those reported in September and, therefore, a decrease in the transmission of the disease.

The highest levels of contagion were reported in the provinces of Pinar del Río, Sancti Spíritus, Havana and Ciego de Ávila.

The Minister of Public Health, José Angel Portal Miranda, disclosed this information on Tuesday, during a  meeting of the temporary working group for the prevention and control of the new coronavirus, which was led by President Miguel Díaz-Canel Bermúdez.

Notwithstanding this reality, Portal urged authorities not to let the guard down because last week there was an increase in the number of confirmed native cases, mainly in the provinces of Pinar del Río, Artemisa and Ciego de Ávila.

Regarding the local transmission events, Portal Miranda pointed out that out of 99 that have opened in the country, only ten remain active: four in Pinar del Río, three in Sancti Spíritus, two in Ciego de Ávila, and one in Artemisa.