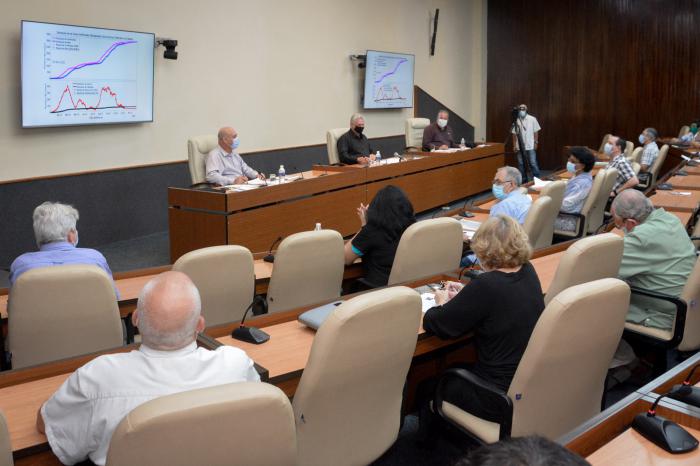 During a meeting with the group of experts and scientists who have directly participated in the defiance to the disease in the country, an update was made about the leading research and innovation activities related to the new coronavirus, which have been developed in the IPK.

Dr. María Guadalupe Guzmán Tirado, president of the Institute's Scientific Council and head of  Research, Diagnosis and Reference Center (CIDR),  commented on how the capacity of PCR diagnosis has been growing in Cuba, with the significant increase of laboratories for the analysis of the samples.

At the beginning of the epidemic, she recalled, these studies were only carried out in the IPK, and the tests did not exceed one hundred daily. At present, the numbers generally exceed 8,000. She explained that, until last October 30th, the IPK  had performed almost 300,000 tests in its laboratories.

Similarly, the IPK has had an essential mission in the quality control of the new molecular biology laboratories set up, up to 17, where the majority of the workforce is young.

President Diaz-Canel said that what the IPK has done ratifies one of the concepts with which the island has worked in the fight against COVID-19, which was to learn and acquire strengths to be better prepared to face similar events in the future.