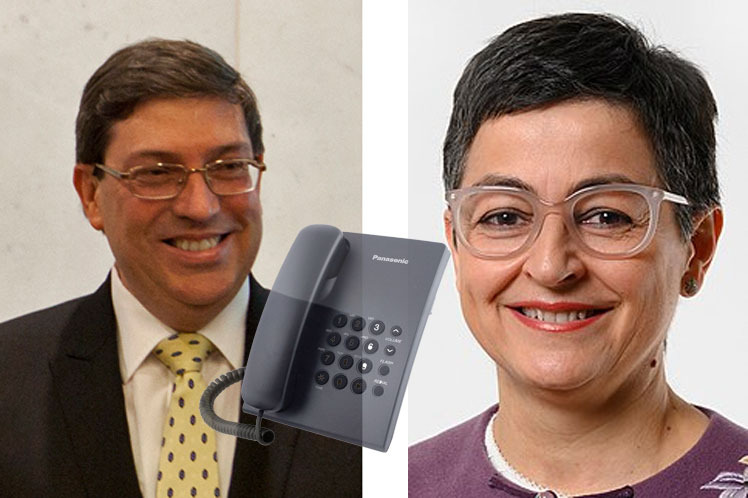 The Cuban  Foreign Affairs Minister reported on Twitter about a telephone conversation he had with the  European counterpart.

Spain represents a significant commercial partner for the Caribbean nation, considered the third exporter to the Cuban market and its first investor.

According to specialists, the European country continues to implement new instruments to support investment and bilateral trade.

In May of this year, the CEO of the public business entity ICEX Spain, María Peña, assured that the Spanish foreign trade with the island grows nine percentage points more than the exchange of that nation with the rest of the world.

Spain's sales to Cuba are more extensive than those to other Latin American countries such as Peru, Ecuador, and Argentina.

These ties were ratified during the visit to Cuba by Spanish President Pedro Sánchez in 2018 and King Felipe VI in 2019.