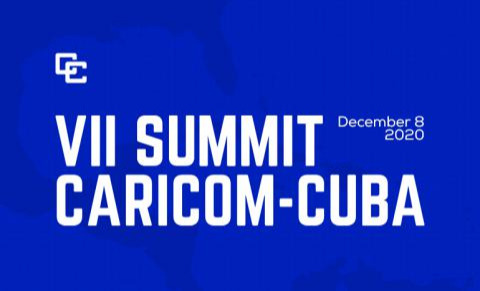 Havana, December 9  (RHC)-- The 7th Cuba-CARICOM Summit ended with a pronouncement against the blockade and the United States' financial persecution against the largest island of the Caribbean.

The Final Declaration of the meeting, released by the Cuban Foreign Ministry, rejects unilateral coercive measures against Havana amid Covid-19 and its negative impact on the economy.

Likewise, it denounces the persecution of Cuban financial transactions, whose severity increased in recent times.

The text also expresses a firm rejection of the application of laws and measures of extraterritorial character such as the Helms-Burton Law, 'which flagrantly violates International Law and undermines the sovereignty and interests of third parties', it recognizes.

Among other issues, the Final Declaration of the Summit urges the defense of regional unity to preserve peace and stability in the Caribbean countries.

The text recognizes the willingness to receive Cuban medical cooperation and the contribution to the Caribbean population's welfare, especially the valuable human resources in the fight against Covid-19.

In this regard, it rejects 'any attempt to discredit, distort and hinder Cuban medical assistance, which is an important help to the region and the Caribbean health system'.

The meeting, held every three years, reviewed issues of mutual interest such as the need for more affordable credit mechanisms, the increase of economic and trade relations in the region, as well as the fight against climate change.