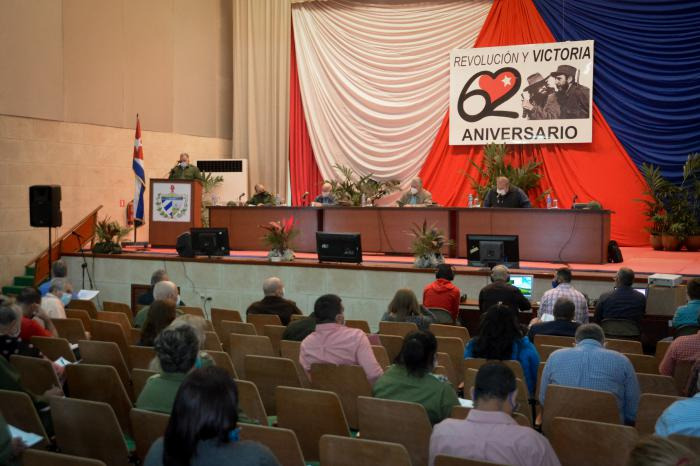 Havana, January 22 (RHC) The president of Cuba, Miguel Díaz-Canel, and prime minister, Manuel Marrero, led a meeting on Thursday in the western province of Pinar del Río to evaluate the confrontation with Covid-19 and various aspects of the economic reform.

The meeting reviewed the implementation in that territory of the monetary reform that since January 1st the country is assuming and evaluated elements related to food production and the contention of social indiscipline and illegalities.

Cuban President Miguel Díaz-Canel confirmed in Pinar del Rio the nation's potential to face the surge in cases of Covid-19.

"Our country has all the experience to overcome this moment and control the epidemic again,' said the president, quoted in the official Twitter account of the Presidency.

The head of state insisted on increasing PCR tests and the effectiveness of detecting contacts of infected people and their isolation after the rise in new infections reported since the beginning of the year.

Regarding the monetary reform, he urged for eliminating formalisms, avoiding obstacles and bureaucracy, and working with intelligence and agility.

Diaz-Canel pointed out that the process encourages productivity and performance, making the difference between the one who contributes the most and the one who produces the most from the salary point of view.

He  said that the reform would make accounting transparent, establish references from the international market's prices, encourage exportation, saving, and national solutions.

For this reason, he warned that it is necessary to work with precision, straighten up the norms and be innovative and creative in the implementation of a task that reaches all people and all spheres of society.