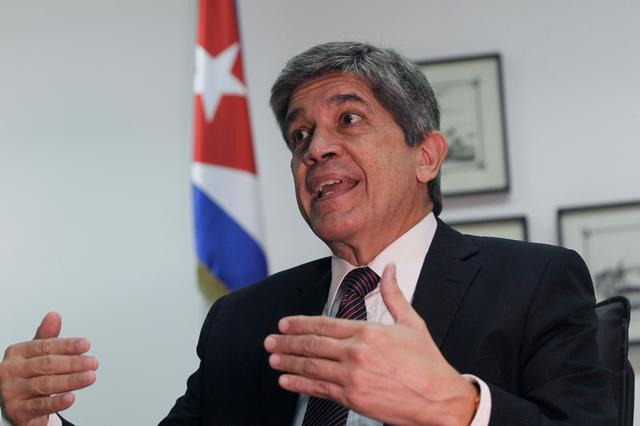 Carlos Fernandez de Cossio, Cuba’s diplomat in charge of the U.S. Desk at the Foreign Ministry, talks during an interview with Reuters.

Havana, January 22 (RHC)- - Cuba is hopeful U.S. President Joe Biden will swiftly reverse his predecessor’s hardline approach toward the island and resume the policy of detente begun by the Obama administration, a top official in Havana told Reuters.

Trump’s policy toward Cuba, which included a tightening of sanctions and limits on remittances and travel, plunged the island’s struggling economy further into crisis and deepened the divide between families on either side of the Florida straits.

Biden, who was Obama’s vice president, said during the 2020 presidential campaign that he would reverse policies on Cuba that “have inflicted harm on the Cuban people and done nothing to advance democracy and human rights.”

Carlos Fernandez de Cossio, Cuba’s diplomat in charge of the U.S. Desk at the Foreign Ministry, said Biden’s pledges suggested he wanted to restart where he and Obama left off.

“Everything could be rolled back in the short term if that were the U.S. government’s will,” he said in an interview with Reuters, reiterating Cuba’s stance that it would not make political concessions in return for an easing of sanctions but was open to a mutually beneficial dialogue.

Fernandez de Cossio said it was positive that Biden’s team included several people with experience interacting with Cuba who would not be swayed by simplified narratives.

“This team has more experience than any other in the past 60 years,” he said.

Reuters journalist Sara March said on Twitter that she commented to De Cossio that he seemed optimistic about the Biden administration´s possible approach towards the Caribbean island.  He replied: “The departure of a government focused on destroying the Cuban nation provokes optimism.¨