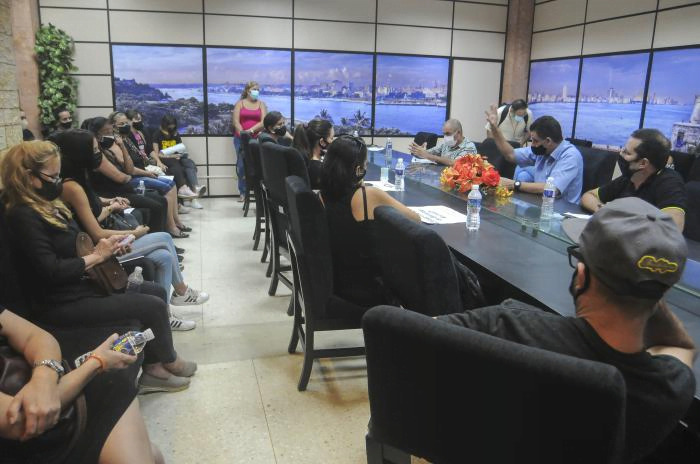 Havana, February 19 (RHC)-- Animal rights supporters met Friday with officials of the Ministry of Agriculture ( MINAG) at the headquarters of that institution, to learn about the Decree-Law on Animal Welfare to be approved this February.

At the meeting, Ydael Perez Brito, first deputy minister of Agriculture, Yobani Gutierrez Ravelo, general director of the National Center for Animal Health, and Orlando Diaz Rodriguez, legal director of the MINAG, responded to the concerns of animal lovers, referring to issues such as the situation of veterinary clinics, complaints about acts of mistreatment and slaughter for religious rites.

The officials explained that, as part of the decree-law, it will be more viable to practice veterinary medicine privately, the improvement of animal health through the creation of a coordinating entity and the implementation of a communication and training work that includes all the actors of society and the institutions that are included in the process.

The animal rights activists said they were very happy and hopeful about the fruitful dialogue, while the authorities assured that the MINAG was giving top priority to animal welfare, despite other important tasks such as food production, and expected that the decree-law would be approved this month.