Decree on animal welfare expected to be approved in February 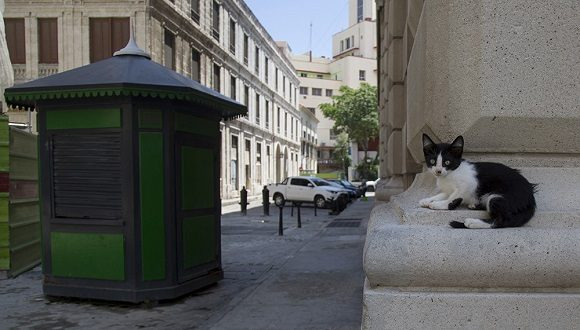 Havana, February 13 (RHC)-- The approval by the Council of State of the Decree-Law on Animal Welfare in Cuba, considered an important citizen's demand, is due for February, local media reported.

According to Granma daily, after this body's decision, the decree-law's regulations will be analyzed by the Council of Ministers. Then both legal bodies will be published in the Official Gazette of the Republic and come into effect.

Authorities from the Ministry of Agriculture (MINAG), the Ariguanabo Foundation, and the Association for Animal and Plant Protection, together with singer-songwriter Silvio Rodriguez, recently held a meeting to discuss the continuity of the legal norms.

At the meeting, participants analyzed issues related to the lack of contravention and penal system that sanctions behaviors that harm animal welfare, such as the illegal hunting, fishing, trafficking, and trade of wild land or sea species under a special protection system.

They also discussed the failures of veterinarian care and the provision of products for all species' care.

According to Agriculture Ministry's website, the Decree-Law on Animal Welfare and its regulations propose concrete educational actions and communication of good practices that allow enriching the population's general culture since the earliest stages of life.

The regulations reflect on respect of the human-animal relation and seek the elimination of any form of abuse.

The current Constitution of Cuba stipulates that the State protects the environment and the country's natural resources and decrees the flora and fauna's care as a duty of all citizens.