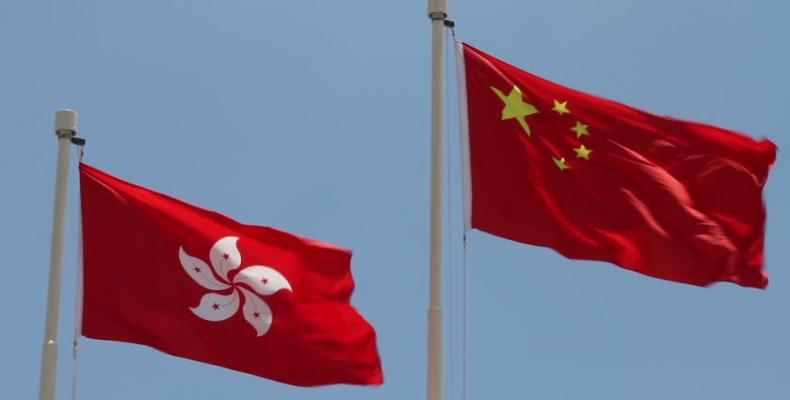 According to the foreign minister, that area is an inseparable part of the Asian territory, 'whose institutionality and legality have been guaranteed thanks to one China's principle.

On Thursday, the Beijing Parliament decided to reform Hong Kong's electoral system to strengthen stability and implement the 'One country, two systems' principle.

The initiative, approved unanimously, consists of nine articles, will come into force once enacted and seeks to ensure that the area's administration remains in the hands of patriots and to neutralize anti-Chinese segments.

According to the local press, this is another major step in improving the southern territory's political and legal mechanism.