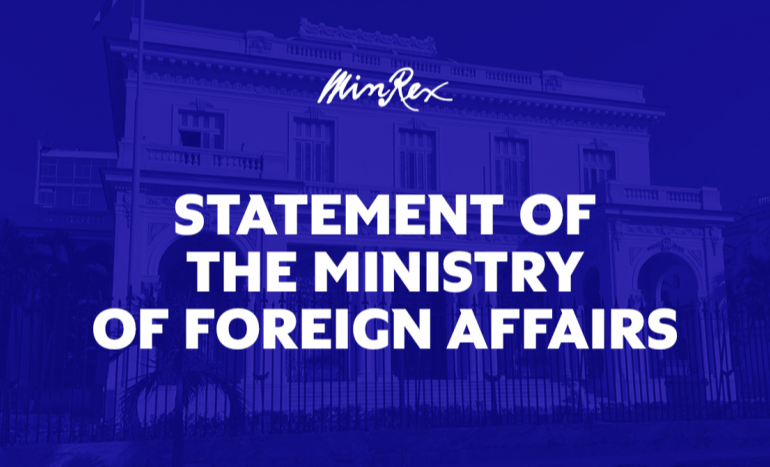 In a statement, the Ministry urged the United States to take all measures to avoid such tragic events and reaffirmed the Caribbean nation's commitment to the Joint Declaration on Migratory Matters, signed on January 12, 2017.

Cuba rigorously fulfills its obligations under that agreement and is committed to fighting against acts of violence and crimes associated with human trafficking and the illegal smuggling of migrants.

The statement referenced a human trafficking incident at the beginning of this month when several people involved in an illegal departure shipwrecked near the Bahamas.

Of the total number of people involved, only 12 were rescued by a Royal Bahamas Defense Force vessel, as well as one corpse.  Bahamian authorities estimate that there are several people missing, including women and two children.

The Foreign Ministry document added that the naval and aerial search efforts continue and the investigation to clarify the facts.

An individual returned to Cuba as an alleged migrant by the U.S. Coast Guard is one of the presumed boatmen involved in the operation and is being prosecuted.

The Foreign Ministry document adds that the naval and aerial search efforts will continue.

Meanwhile, the Cuban embassy in the Bahamas informed that it had visited the rescued Cubans.

"Our Embassy made a consular visit on Monday, March 8, to know the situation of the rescued Cuban citizens, and is in communication with the relatives of those who are still missing," tweeted the Embassy.

In the same social media network, the embassy explained that Cuban Foreign Ministry officials had had several communications with the victims' relatives, both in Cuba and in U.S. territory, who have been informed about the available details of the event.