Cuba sends another medical brigade to Qatar to confront Covid-19 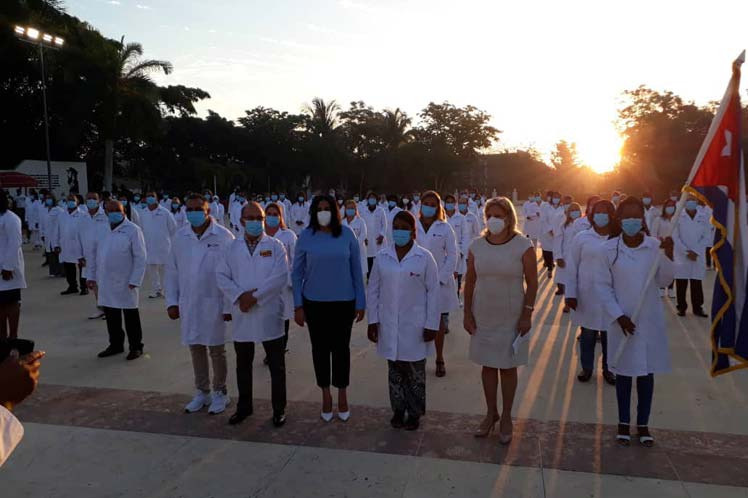 Havana, March 19 (RHC)-- Cuba sent Qatar a new medical brigade of the Henry Reeve international contingent on Friday, with 156 health professionals contributing to the fight against the Covid-19 pandemic.

The Deputy Minister of Public Health Regla Angulo Pardo highlighted on Twitter that with this group, 57 had offered their solidarity in the world during the last year'.

A representation of the Henry Reeve with almost a hundred aid staff arrived in that Arab nation in April 2020. It returned to the island in December of that year.

Recently, Cuba's Foreign Minister, Bruno Rodríguez, commended the contributions of the International Contingent of Doctors Specialized in Disaster Situations and Serious Epidemics Relief, for having 'brought health and saved thousands of lives in 40 countries and territories.

For their support to the sector, particularly in the pandemic context, the Henry Reeve Brigades received nominations from several countries for the 2021 Nobel Peace Prize.