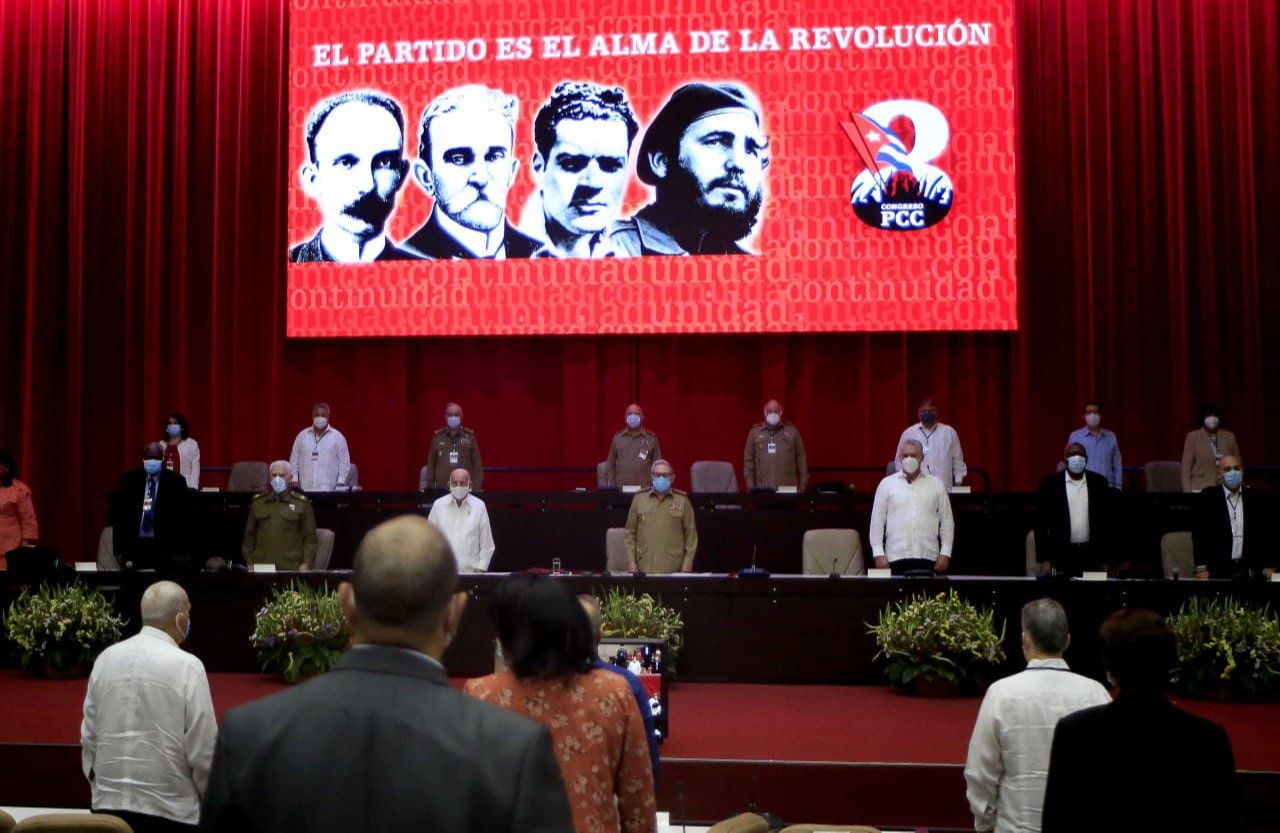 The inaugural session he opening session was presided over by Army General Raul Castro Ruz, the 1st Secretary of the  Party, and President Miguel Diaz-Canel.

Havana, April 16 (RHC)— Sixty years after the proclamation of the socialist character of the Cuban Revolution by Commander in Chief Fidel Castro Ruz and amid the celebrations of the anniversary of the Victory at Playa Giron, the 8th Congress of the Communist Party of Cuba (PCC) got underway.

The event will update the agenda of resistance and development, particularly the socialist model of the Caribbean nation. The opening session was presided over by Army General Raul Castro Ruz, the 1st Secretary of the political organization, and President Miguel Diaz-Canel.

José Ramón Machado Ventura, Second Secretary of the Central Committee of Party made the opening remarks of the event. His were preceded by the screening of video footage in remembrance of Fidel and his thoughts on the work and role of the Party.

The meeting will take place amid the pandemic caused by Covid-19 and its impact on all aspects of national life, marked at the same time by the tightening of the blockade imposed by the United States on the small neighboring country for six decades.

The Congress gets underway on the 60th anniversary of the proclamation of the socialist character of the Cuban revolutionary process and the defeat at Playa Giron of the mercenary invasion organized, armed, and financed by the United States.

The delegates will evaluate the results and relevance of what is known here as the Guidelines of the Economic and Social Policy of the Party and the Revolution. This process comes from the Sixth Congress, held in April 2011.