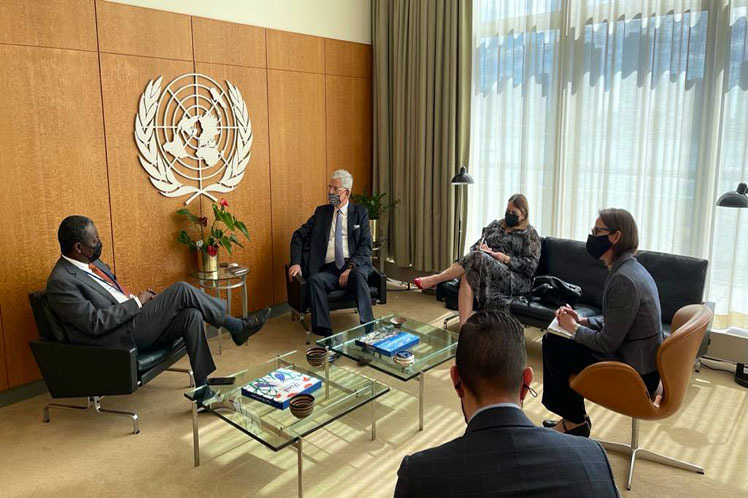 United Nations, May 1 (RHC)-- The president of the UN General Assembly, Volkan Bozkir, spoke on Friday with the Cuban ambassador, Pedro Luis Pedroso, about the agenda and upcoming meetings of the largest UN body.

The Turkish diplomat informed about the encounter on Twitter. He shared some photos of the meeting where the deputy permanent representative of the Caribbean nation, Ana Silvia Rodríguez, was also present.

The upcoming meetings of the General Assembly include on June 23 the vote on a draft resolution on the need to lift the blockade imposed by the United States on the Caribbean country, a text similar to the one supported on 28 occasions by the multilateral forum.

The previous week, Cuba's foreign minister, Bruno Rodríguez, ratified his confidence in the international support for the resolution to end the U.S. blockade.