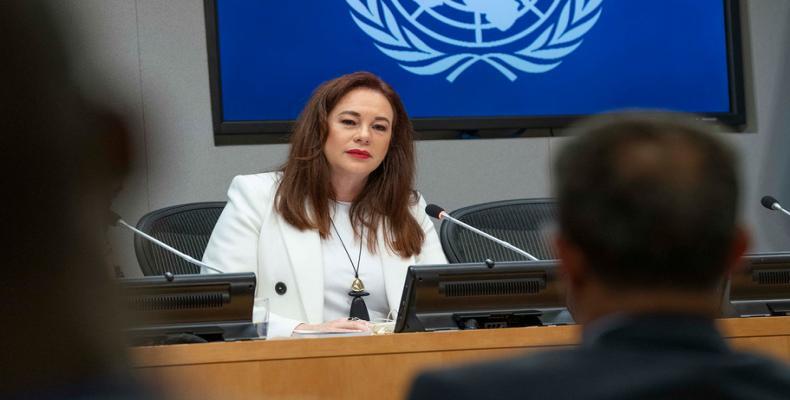 New York, September 17 (RHC)-- The outgoing president of the UN General Assembly, María Fernanda Espinosa, highlighted on Monday that this UN Body has had for decades a very clear position against the US against Cuba.

“Unilateral sanctions really affect the security and the right to development of all peoples, and hinder the ability to use those benefits”, she told Prensa Latina news agency during her final press briefing as president of the 73rd session of the General Assembly.

“Many times, these sanctions polarize and make it difficult to reach consensus and sustainable peace processes”, Espinosa stressed.

The Ecuadoran diplomat noted that the UN Charter is very clear on the issues of sanctions and recalled that they are a prerogative of the Security Council.

Espinosa is the fourth woman to serve as the UN General Assembly´s President.

She passed the body´s gavel on Monday to Nigerian diplomat Tijjani Muhammad-Bande, who was elected by acclamation to preside over the 74th Session of the General Assembly.