Higinio Velez, head of the Cuban Baseball Federation, passes away 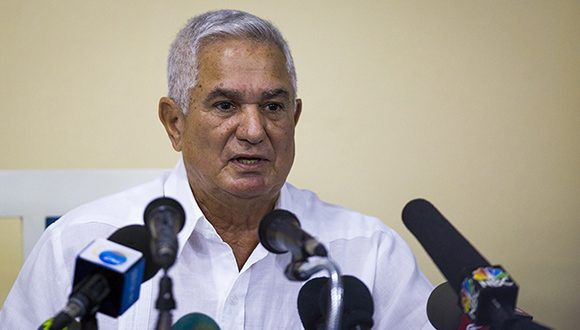 Higinio Velez, President of the Cuban Baseball Federation, passed away on May 12 in Havana.

Havana, May 12 (RHC)-- Cuban sports authorities announced on Wednesday the death of Higinio Vélez Carrión, president of the Cuban Baseball Federation since June 2008.

According to the digital sports website Jit, Velez battled for days against the complications derived from COVID-19 that ended up causing his death despite the efforts of specialists who treated him at the Dr. Luis Diaz Soto Hospital.

He was 74. Velez shone as a winning manager in four national series, three selective series, and two Revolution Cups.

Two years later, he did the same with the team that won the subtitle in the First World Classic, considered the climax in the history of Cuban baseball.

His death occurs a few days after the loss of national commissioner Ernesto Reynoso for the same reason.