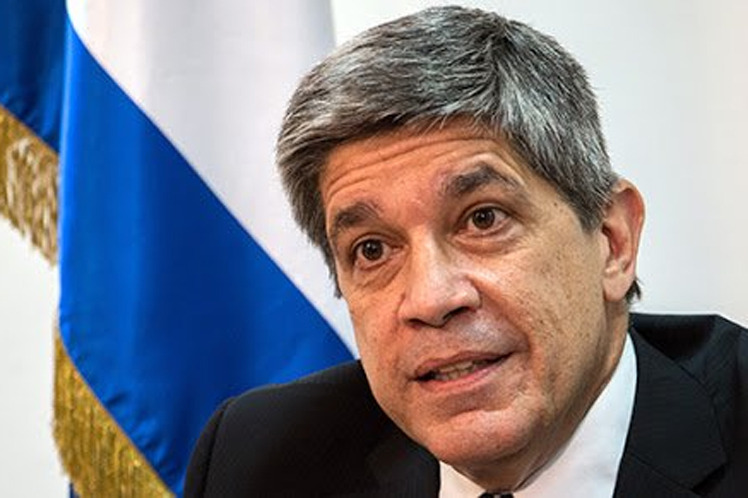 Havana, July 1 (RHC)-- Different voices of the Cuban Foreign Ministry denied Thursday the allegations of the U.S. government against the island for alleged human trafficking through its medical collaboration programs.

The head of the U.S. Desk of the Caribbean nation's Foreign Ministry, Carlos Fernández de Cossío, said on Twitter that the U.S. administration is consciously lying about the issue, making its defamatory conduct even more shameful.

He added that access to health is a human right. Washington commits a crime when it tries to deprive hundreds of thousands of people in the world of this right by pressuring governments that have agreements of this type with Cuba.

The reaction came after the U.S. Secretary of State, Antony Blinken, singled out Cuba on Thursday for human trafficking during the launching of the U.S. Report on Human Trafficking for 2021.

According to the director for Latin America and the Caribbean of the Cuban Foreign Ministry, Eugenio Martinez, that document lies when accusing several countries of allowing health workers 'forced' by the Government of Cuba to practice their professions.

'The offense is not only to Cuba', the diplomat emphasized.

For her part, Johana Tablada, deputy director of the U.S. Desk, said on the same social media network that her country has a zero-tolerance policy against any form of human trafficking and Washington knows it.

They lie for political blackmail', she said and added that the slander to health collaboration programs promoted from the White House has already cost lives and deprived thousands of people of medical services in countries such as Brazil, Bolivia, and Ecuador amid the Covid-19 pandemic.

The diplomat said that Joe Biden's government once again gave in to pressure from 'corrupt politicians' such as Bob Menendez and Marco Rubio, whom she considered 'political heirs of Batista's bloody tyranny.